The Motorola One Action unveiled with an ultrawide camera, 21:9 screen

Action cams may be the one species of digital cameras that retained its popularity in the age of smartphones. They are characterized by wide-angle lenses and 60fps video recording, geared towards capturing action-packed clips. But the action cams may soon follow their point-and-shoot cousins into the great beyond if phones like this one become popular.

The Motorola One Action gets its name from the unique Action Camera on its back. It has a 117° ultrawide angle lens and captures video at 1080p/60. Its 16MP sensor uses 4-in-1 pixel binning to improve image quality in low light and features electronic image stabilization.

Interestingly, the sensor is oriented in such a way that it records landscape video when the phone is held vertically. This will make mounting the phone easier as, for example, most bike mounts keep the phone vertical. 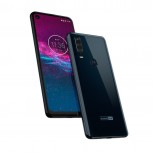 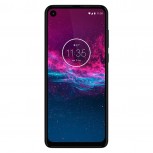 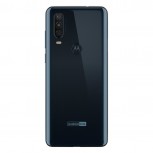 Motorola One Action features a triple camera on the back

Note that this camera cannot shoot stills. For photos and regular videos you’ll use the 12MP main camera instead. This one does feature 4K recording (at 30fps). The 5MP depth sensor rounds off the triple camera on the back. Also here (branded with the Motorola logo) is the fingerprint reader.

The Motorola One Action has a 21:9 1080p+ IPS LCDthat measures 6.3” in diagonal. The 12MP selfie camera lives in a punch hole in the top left corner.

Despite its name and adventurous spirit, the phone isn’t particularly rugged – it only has basic water resistance (IPX2 means protection against dripping water when tilted at 15°). The phone isn’t design to withstand impacts either, but you do get a protective cover in the box. 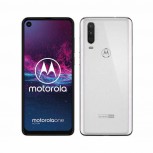 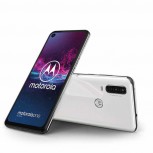 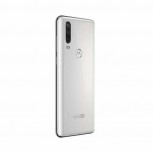 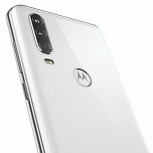 The Motorola One Action runs Android 9.0 Pie and is part of the Android One program. It's powered by an Exynos 9609 chipset with 4GB of RAM and 128GB storage, which can be expanded with a microSD slot. Note that the dual SIM models have a hybrid slot.

The 3,500mAh battery is charged over USB-C with the bundled 10W charger. There’s a 3.5mm headphone jack on top and a loudspeaker (with Dolby Audio) on the bottom. The retail package in select countries will feature a headset.

The Motorola One Action will be in from August 16 in Europe, Brazil and Mexico at a price of €260. In the following months, it will expand to more European and Latin American countries. The US and Canada will have to wait until early October. The phone is available in two color options - Denim Blue and Pearl White.

Look like a over all decent all rounder. No bad..

Yeah,more Like You Are A Brand Ambasador Of Sony :-)

Why would i want a 21:9AR screen phone when i am already not a fan of the narrow elongated remote control phones. My preference is 16:9AR--17:9AR and reluctantly 18:9AR. Please OEMs stop right there...No Remote Control-Like phones please.