You've heard all about iOS 8 now you can experience it for yourself - the new version of the operating system is out of beta after months of testing and is about to start rolling out to devices worldwide.

The new iOS is compatible with iPhone 4S and later, iPad 2 and later, any iPad mini, the iPod touch 5th generation. 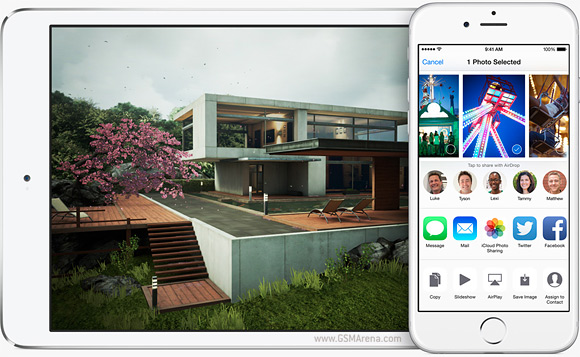 Check out the announcement news for a summarized changelog or you can read our preview for a more detailed look at the changes.

Keep in mind that one of the new features, Handoff, that syncs various activities with Mac OS X Yosemite will start working only next month.

Before you start the update it's advisable to make a backup and to have 2GB or so of free storage. You can update from the phone itself (Settings > General > Software updates) or from iTunes. Actual seeding should start at about 5PM GMT, so keep an eye on your iDevice when the time comes.

Damn You! Errors, errors and errors! I didn't quit the PC to be in the same mess again! Half of my Apps don't work. Don't You realize it should work smoothly and ituitionally?

Apple should be utterly ashamed of themselves. These updates that ruin our iPads and iPhones are just their way of forcing us to buy into their new technology. Blatantly unethical of them since we have all already spent good money on their produc...

Let me know if you find a way back!!! This is horrible!