The Nexus line is dead, Nexus 5X and 6P pulled from the Google Store

Been living under a rock? If so, then you don't know that today Google has officially announced the Pixel and Pixel XL, its first own-brand smartphones. The duo is already up for pre-order in a few markets.

So now that this has happened, what about the company's long running Nexus line? In a way, the Pixels can be considered the successors to the LG Nexus 5X and Huawei Nexus 6P from last year, after all. So will there be any more Nexuses, perhaps that rumored Huawei built small tablet? 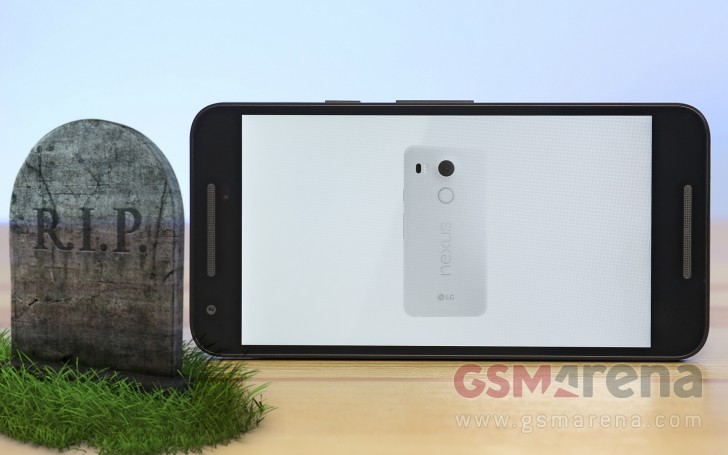 The answer is a resounding no, and it comes straight from Google. The company says it has "no plans" to out any more Nexus products, so RIP Nexus. To add insult to injury, the aforementioned Nexus 6P and Nexus 5X are gone from Google's online store - all traces of them have been removed. You can still order them from other retailers of course, but it's unclear how long that option will remain open. It's also a mystery if they will ever get the full Pixel software suite, including the new Google Assistant functions. For now anyway, if you want any of that you're going to have to shell out a pretty large amount of dough and purchase a Pixel or Pixel XL.

Yes, they are made by HTC.

Firstly im not your brow. secondly i dont know about you but i can say that i dont want to be part of the sheep movement. apple can thank jobs for that but i dont think cook is doing a good job of holding it together now, sure they still are s...

Best of Luck for your Nexus 5x