CEO of Realme Madhav Sheth offered a glimpse of the Realme smartwatch a month ago, promising that it will be available to consumers “soon”. It still isn’t, but an XDA contributor has dug up images and details about the company’s second smart wearable (after the Realme Band). 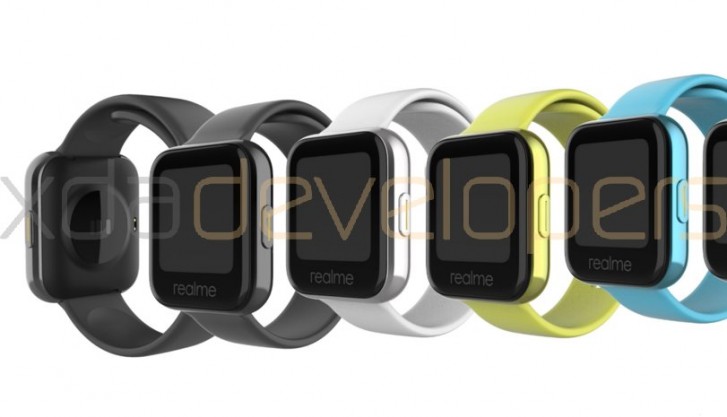 The Realme Watch will have a square 1.4” LCD panel with 320 x 320px resolution. Note that this is not going to be a Google Wear OS timepiece, instead it will run custom software (maybe it will be something similar to Huawei Watch GT’s Lite OS).

That has a major impact on battery life – the watch is expected to last 7 days with 24-hour heart rate monitoring, all powered by a 160mAh battery.

The heart rate sensor will be able to measure SpO2 (blood-oxygen saturation) and there will be an accelerometer. For GPS tracking, the watch will rely on its connection to your smartphone over Bluetooth 5.0.

The Realme Watch will be able to track 15 kinds of exercise, from running to yoga and, of course, cricket. The user interface will support English as well as Hindi (as with other Realme devices, India is the core market for the watch).

Here’s a look at the Activity panel, which displays weather info and charts the sleep and heart rate data that the watch has collected, plus a list of other functions (e.g. Alarm and Find my phone) as well as the exercise modes.

Additional smartwatch functions include music player control and a remote shutter for your phone's camera. This will almost certainly be able to display notifications from your phone as well.

Here are the five watch faces that will be available out of the box.

Five watch faces will be available out of the box

The official reveal date as well as the price of the Realme Watch remain elusive. There’s no indication of whether or not the Watch will be available outside of India either.

An watch at 4999 rs. Wow amazing its so economical, ofcourse unlike huawei 100 modes or one month battery or create own face or photo slide show etc missing. But u cannot expect all features at 1/3rd price. Must buy if u want to own a smart watch at...

Abuse? I see non here, just reality man. I really have no idea what kind of pricetag they will have to put on this device to appeal someone.

I see display doesn't match the bezels, I notice it's an LCD display, I walk straight to the comment section to abuse!