Samsung keeps expanding its Duos lineup of Android smartphones with two SIM slots. The latest addition goes by the name Samsung Galaxy Pocket Duos and should be the most affordable dual-SIM droid offering by the company. 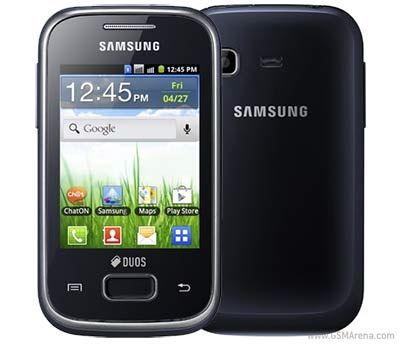 Running on Android 2.3 Gingerbread, the Samsung Galaxy Pocket fella sports a 2.8-inch QVGA display, a 832MHz single-core CPU and 2GB of internal memory. If you feel like it you can expand that further via the microSD card slot. At the back, there's a 2MP fixed-focus snapper.

The pricing and availability of the Galaxy Pocket Duos are yet to be confirmed. Still, we expect it to be priced below the Galaxy Y Duos, which is currently going for about €120.

I just lovvve everything about this phone

Best phone of my life

Hi, I have seen many sites regarding the RAM of this phone. nowhere I could find the answer. here also the same!!!