Kyocera is launching its latest Android smartphone dubbed Urbano Progresso in couple of days in Japan and its key selling point is its lack of speakers. Thanks to its Smart Sonic Receiver tissue-conducting technology, the Ubrano Progresso is able to transmit sound through vibrations when placed next to your ear. 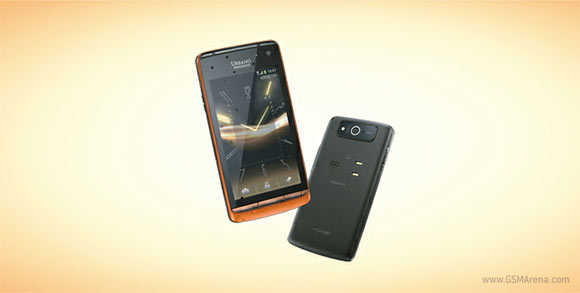 This groundbreaking technology is a result of Kyocera's teaming up with Japanese carrier KDDI, which will offer the Android smartphone on May 30. In fact, Kyocera claim that the phone will truly shine in really loud urban environments, and could be easily heard through headphones, hats or earbuds.

Putting its innovation aside, the Urbano Progresso is an Android 4.0 Ice Cream Sandwich smartphone running on a 1.4GHz dual-core Snapdragon S2 processor and 1GB of RAM. At the back, there's an 8.1MP camera to record 720p videos. Underneath it resides an 1500mAh battery, which should provide 360 hours of stand-by and 540 minutes of talk time.

The device measures at 125 x 64 x 10.8mm and weighs 139 grams, which is primarily because of its metallic design. It's also dust and water resistant, which is always welcome. Pricing for the Urbano Progresso isn't set just yet, but this should change in the following days.

can i have the instructions on how to silent the captures when using the camera ?

And that's why such phone will never ever come to the States. Selling in US? For what? The next thing you know, there will be a bunch of lawsuit come from Apple, for what-the-heck reason they come up, even for being a better-looking phone than "...

I got the meaning of that statement mixed up. People need to be specific