Recently, the Micromax Canvas HD has been making some serious noise in our specs page, as being a very competitively priced device with an impressive specs sheet to boot. Now, Chinese company UMI is giving them some competition, as they're slated to release their own flagship, which joins the 5-inch 1080p club, and is set to be released in India for Rs. 14,000 (~$260). 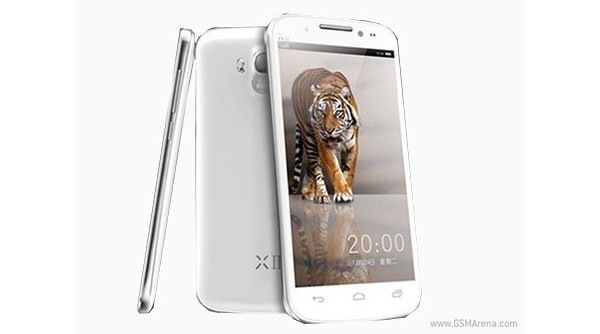 Besides the sharp display, you'll find a 1.2 GHz MTK6589 quad-core processor from MediaTek inside, as well as a PowerVR SGX544 GPU, 32GB of expandable internal storage, and 2 GB of RAM, all of this powered by a 2,500mAh battery.

To further sweeten the pot (as if it needed it), the X2 gives you a 13MP shooter alongside a 3MP front-facer, Android 4.1 Jelly Bean (with a scheduled upgrade to 4.2), and dual-SIM support to boot.

The UMI X2 is scheduled to be released between March 15-20 in India, and we just hope that at that price they don't skimp out on anything important!

I bought a new UMI mobile and last year and immediately phone was having a problem like it will automatically switched off. I tried to take support for service from UMI in INDIA but no use. Till now no support for UMI mobiles and till now I am ...

how to buy in Bangladesh please help me