The unveiling of LG G4 is officially set for April 28

LG G4 will make its official debut next month, on April 28. The Korean giant sent out save the date press invites for the unveiling of its next generation flagship smartphone. 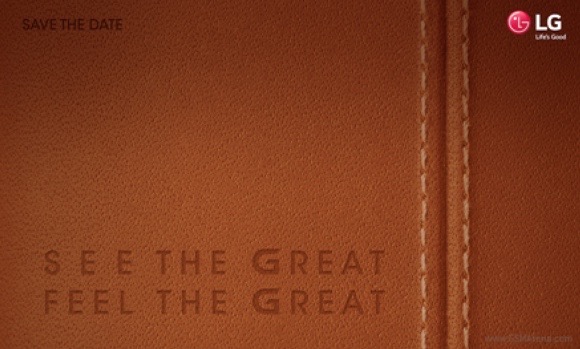 In a manner befitting a flagship smartphone, the LG G4 unveiling will be a truly global affair. It will take place in New York, London, Paris, Seoul, Singapore, and Istanbul.

The official invite hints that the upcoming LG G4 will feature leather in its build. Past rumors have already suggested that the Korean manufacturer will focus on using premium materials in its next flagship.

Rumored specifications of LG G4 include Qualcomm Snapdragon 808 with hexa-core CPU, 3GB of RAM, 32GB of storage, and 5.5” QHD display. There will be a 16MP main camera and 8MP front-facing snapper on board.

Definitely LG G4 will meet all expectations and it will be ranked No.1 smartphone for this year