Xiaomi VP Manu Kumar Jain has joined in the teaser campaign for the Xiaomi Mi 10i 5G. He posted a video describing the upcoming phone as an “extension” to the Mi 10, Mi 10T, Mi 10T Pro and even the Mi 10T Lite. That’s quite a family tree.

Anyway, the Mi 10i has been specifically designed for India and uses a brand new camera sensor – a 108MP camera, as seen in the numerous teasers that have come out recently. The full announcement will be on January 5.

Launching the all-new flagship #Mi10i where the 'i" stands for India. 🇮🇳

You can see the quad camera of the phone in this teaser video. The two labels of note are “108 MP AI camera” and “Built for 5G”. Xiaomi was the first to use a 108 MP sensor, the ISOCELL HMX. However, Jain mentions that this is a new sensor – he could be talking about the HM2, which Samsung unveiled in September (the major difference is that it does 9-in-1 binning instead of 4-in-1 as the HMX).

#ThePerfect10 with the perfect 1⃣0⃣8⃣MP details.

The Xiaomi Mi 10i 5G will use a relatively new chipset, though – the Snapdragon 750G was also unveiled in September and the Mi 10T Lite was the first phone to use it. This explains the complicated family relations mentioned in the beginning. 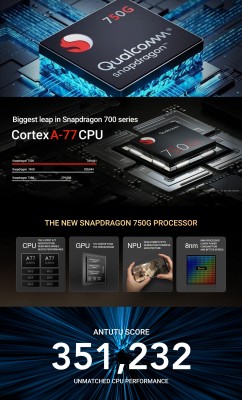 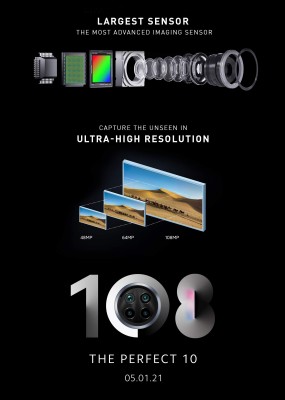 But the Mi 10i isn’t based on the 10T Lite. Clues point to the Redmi Note 9 Pro 5G being used as the base. This means a 6.67” IPS LCD with HDR10 and 120 Hz refresh rate, plus a 4,820 mAh battery with 33W wired fast charging. There could be modifications to that recipe for the India market, but we’ll find that out in less than a week.

Amazon India has a detailed landing page for the phone, the retail giant will be the exclusive launch partner for the Mi 10i 5G. The phone should also be available on Mi.com and brick-and-mortar stores, however.

Really bro? Do you think I'm commenting without reading? Did they say 'This is a rebranded Redmi Note 9 Pro 5g' or 'It is very similar to Mi 10t lite except camera'? The exact line is 'Clues point to the Redmi Note 9 Pro...

They're not vital accessories that people can't use the devices. Everyone has a USB charger and it's not like they can't buy them literally everywhere. Perhaps you don't know or forgot the reason why Apple is leading the mark...

2021 is the year for Xiaomi. Definitely, they will overtake Samsung, that has gone nuts with their pricing, and Apple whose products cost an arm and a leg while still omitting vital accesories.