Samsung will finally announce its first round smartwatch on September 3 at IFA in Berlin. In the meantime, the Korean company has been teasing its next wearable, outing various renders showing it, and even a promo video of sorts.

What we haven't yet seen however is what the Samsung Gear S2 actually looks like on someone's wrist. Well, here it is now. 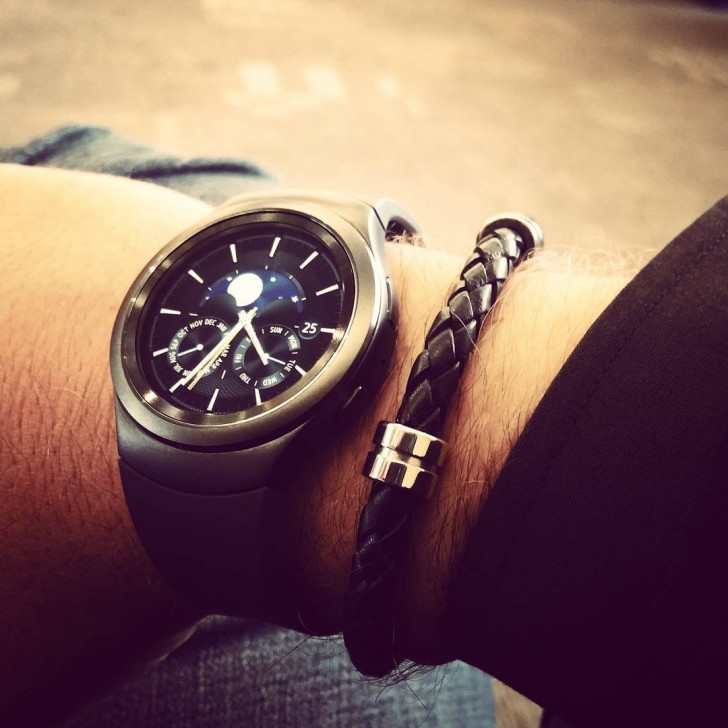 This image was posted on Instagram by Dennis Miloseski, a Samsung VP who is Head of Studio, Samsung Design America as well as Head of Samsung Mobile UXCA. So it's obviously legit. Furthermore, it aligns perfectly with the teaser images that the company has released so far.

According to previously leaked and rumored specs, the Gear S2 should come with a rotating bezel, a 360x360 touchscreen, an Exynos 3472 chipset with a 1.2 GHz dual-core processor and a 450MHz Mali-400 MP4 GPU, 768MB of RAM, 4GB of storage, Bluetooth 4.1, GPS, an accelerometer, a gyro, a barometer, a heart rate monitor, and a 250 mAh battery. It will run a special version of Tizen.

It should last a day. Samsung had updated Tizen to version 3.0 which is more power efficient.

That's a really nice point you have. Considering that the Gear S2 has slightly lower resolution and smaller screen, the battery's longevity might be pretty much the same. I don't know if the Exynos 3472 is super power-efficient, well, we hope that's ...