The OnePlus 5 (unveiled June last year) brought a dual camera, the OnePlus 5T (November) moved to an 18:9 screen. So, what will the OnePlus 6 be like? If these photos are to be believed, it will be part iPhone X, part Galaxy S9+.

The front shows a notch in the screen, big enough to hold the earpiece and selfie camera. Note the Android version (8.1) and OxygenOS version (5.1), they are ahead of what’s currently available for the 5T. 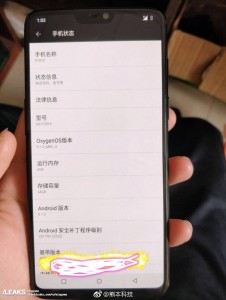 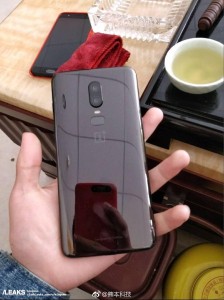 Alleged photos of the OnePlus 6

The 6GB of RAM and 64GB of storage are pretty standard, have been since the OnePlus 3, so no surprises there.

As noted above, it has been well less than a year since the OnePlus 5 was unveiled. Officially, the OnePlus 6 will be unveiled in June. So we shouldn’t put too much stock in early rumors - for all we know, this might be a prototype that never makes it to production, assuming it’s a legitimate device in the first place.

The original source on Weibo has taken down the images, make of that as you will.

A notch? Guess I'm going back to Samsung.