Three new Nokias spotted in the ARCore database: Nokia 9, 7.1 Plus and one more

The rumor mill expects two new Nokia phones, but there may be a third. An update to the Google ARCore database reveals support from three new phones: AOP_sprout, PNX_sprout and CTL_sprout.

The first two are easy. The Nokia 9 leak that showed a whopping 5 camera setup listed the model name as AOP. Next up is the Nokia 7.1 Plus (aka Nokia X7), which is codenamed “Phoenix”. The third model is a mystery. It could be the gaming phone that HMD has been teasing.

So, what do we know about these phones? The Nokia 9 was supposed to launch by the end of the year (though it may have been delayed) and it will be powered by a Snapdragon 845. HMD officially promised a “best-in-class” camera, though whether or not it will have 5 sensors remains to be seen. An in display fingerprint reader is a possibility too. 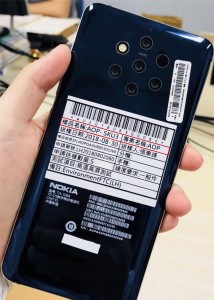 The Nokia 9 is code named AOP

The Nokia 7.1 Plus renders show a notched screen, an aluminum body and a Snapdragon 710 chipset running Android One. The dual camera on the back will have Zeiss lenses.

Anyway, HMD has an event in London scheduled for October 4 (Thursday next week) and since the invite uses singular (“latest addition”), chances are that we’ll see just one of these three devices.

Thats a lie even a button phones before 10-20 years were made by foxconn. And foxconn is chinese. But they have their factories around all of the world.

So apple is Chinese your logic :-)

Thats a lie they are a lot better than Samsung Apple ro Huawei.