Three new Oppo phones get certified by TENAA. One is likely the Reno Ace

All the pieces of Oppo's upcoming release schedule are starting to align nicely. Especially now that the company made its 65W SuperVOOC charging official, along with a few other fast charging standards and has set the unveiling of its next Reno Ace flagship for October 10. The fancy new charging tech is expected to debut as part of the Ace flagship package, alongside what rumors claim will be a 90Hz OLED display and 4,000 mAh battery. 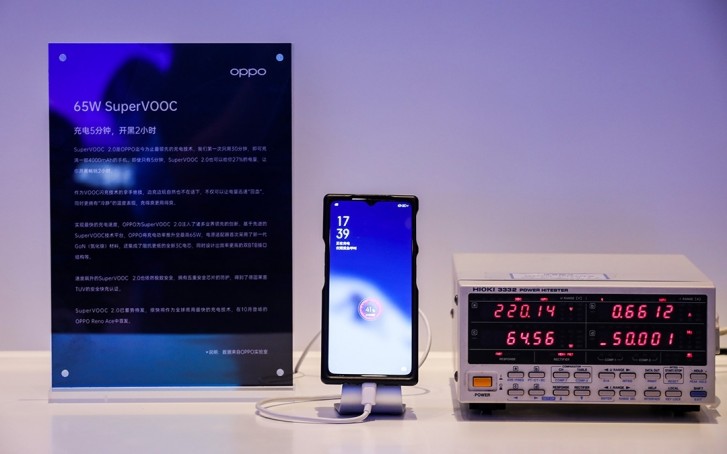 Enter a recent TENAA listing for one Oppo PCLM10. The document notes the phone has a spacious 6.5-inch AMOLED panel with a 2400 x 1080 pixel resolution. Also, a 2.96GHz octa-core chipset, which is likely the Snapdragon 855+, paired with 12GB of RAM and 256GB of built-in storage. A true 2019 flagship in the making. Also part of the mix are four cameras on the back - 48MP + 13MP + 8MP + 2MP, a single 16MP selfie snapper and an in-display fingerprint sensor, all stuffed inside a 161.0 x 75.7 x 8.7 mm body, weighing in at 200 grams. The only real bit that doesn't match-up is the reported 1,960 mAh battery capacity. That is pretty low by today's standard and could easily be an error. Especially considering Oppo has mentioned 4,000 mAh alongside the new SuperVOOC 2.0 charging tech on several occasions.

Moving on to the other two listings, we have the OPPO PCNM00. In no particular order its specs include a 6.4-inch AMOLED panel, with a 2340 x 1080 pixel resolution, housing an in-display fingerprint reader. Powering it is a 2.2GHz octa-core chipset, paired with 8GB of RAM and 128GB of expandable storage. Camera setup includes another quad array - 64MP + 8MP + 2MP + 2MP on the back and a 32MP camera on the front. This time around, the quoted battery capacity is a much more believable 3,920 mAh and all of this is stuffed inside a 158.7 x 75.2 x 8.6 mm, 182 gram body. 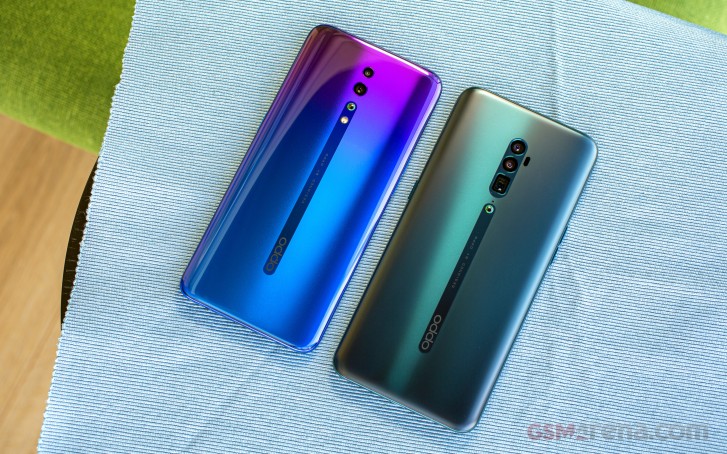 The R&D head of Oppo India recently tweeted that Oppo aims to be "World's fastest upgrade provider". Since they started offering betas of the Pie update to their older phones, let's hope this is the start of something good.

Oppo phones are absolutely beautiful, shame we can't say the same about the software