It appears that OnePlus 2 will be available in three different variants. The latter got caught in a Bluetooth SIG authority filing. 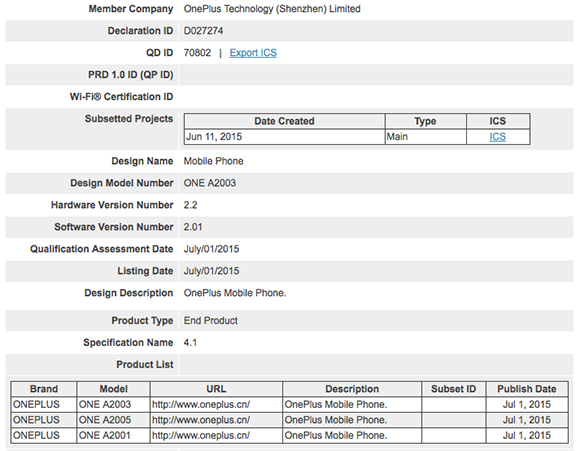 So far, there is no clue on the OnePlus 2 A2005 hardware. It will likely be the range-topping variant with the most built-in storage.

OnePlus 2 is expected to feature 5.5” 1080p display, fingerprint sensor, and USB Type-C connector. The device will debut on July 27 in a virtual reality event.

Are those 2 extra models the supposed mid range and compact devices?