Samsung has started pushing out a new update to its Galaxy S5 smartphone. Arriving as version G900FXXS1CQH1 and weighing in at around 75MB, the update is currently hitting units in Europe.

As for changes, it brings along Android security fixes for the month of August. 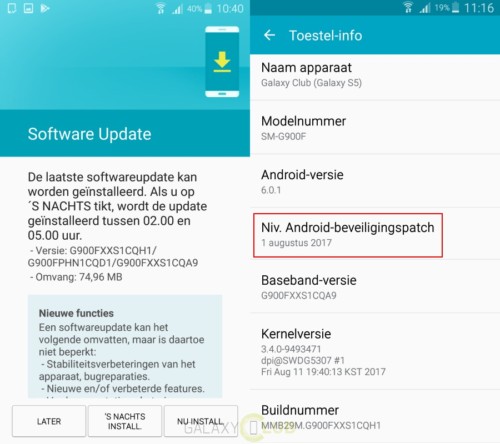 Moving on, the Galaxy S6 series smartphones on AT&T are also getting the latest patch, arriving as version G890AUCS6DQH1 for the S6 cctive, and G920AUCS6EQH1, G925AUCS6EQH1 and G928AUCS4EQH1 for the S6, S6 edge and S6 edge+, respectively.

And finally, Nexus 6 units on AT&T are also receiving the August security update, which arrives as version N6F27I.

To TIGERDVO: Not yet ready and waiting though.