The Mobvoi TicWatch 3 Pro was announced in December last year with a slew of cool features but it's also fairly bulky and somewhat pricey. Now the company is revealing the Wear OS-powered TicWatch E3 - a toned-down version of the 3 Pro to address both of those.

The E3 skips the dual-display functionality, adopts a more compact 1.3" screen and features a smaller 380 mAh cell. As a result, the E3 should feel much easier on the wrist. However, the powerful Qualcomm Wear 4100 SoC paired with 1GB of RAM and 8GB of internal storage remains on board. 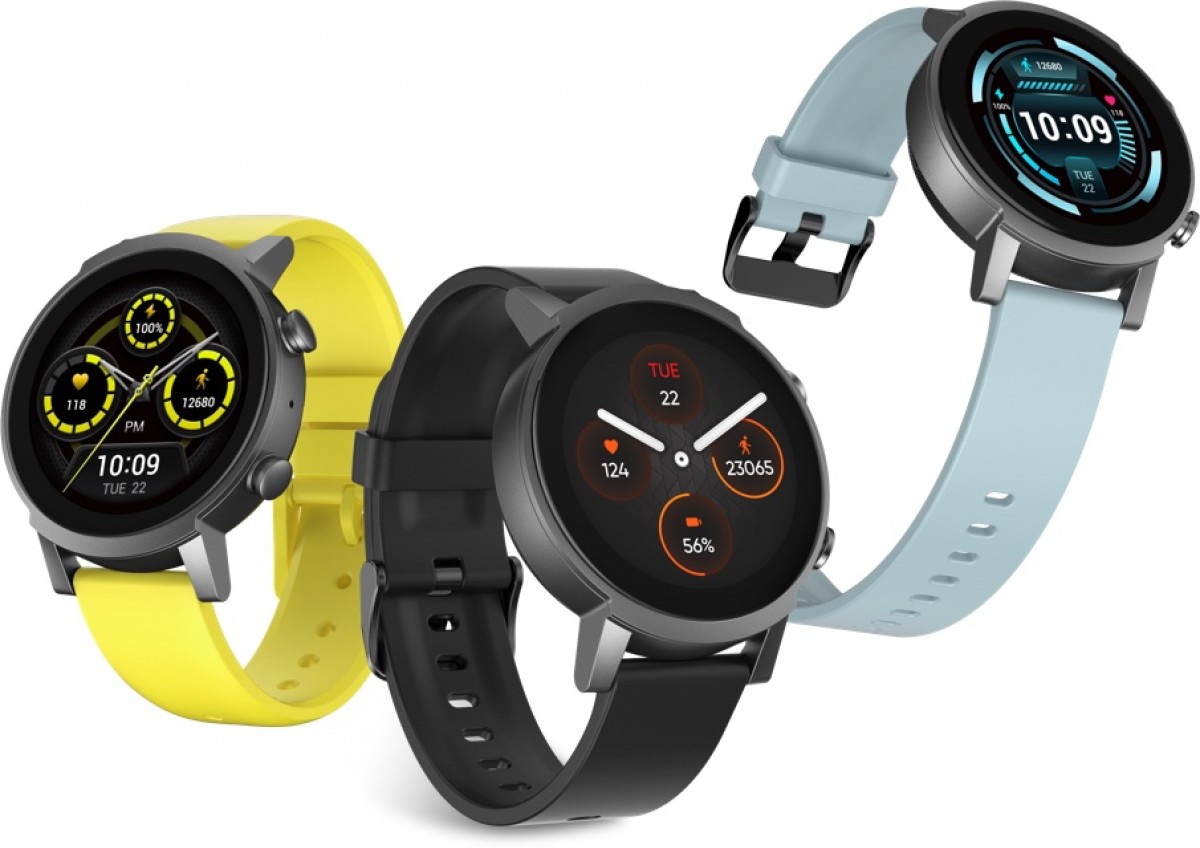 Sensors for blood oxygen saturation, VO2Max, accelerometer, gyroscope, GPS and NFC are still on board too. Speaker and microphone are also available.

It comes in three different stripe colors - black, yellow and blue. The chassis is made of plastic, which helped bring down the weight to just 32g. The E3 starts $100 lower than its beefier sibling - $199 - and it's already available to order.

OEM that also makes watches for other companies such as Fossil etc...