A leaked list of launch dates details when the Galaxy Mega duo will hit Europe but also includes information for a number of unannounced devices. The list was compiled by the usually reliable SamMobile.

First will be the big Samsung Galaxy Mega 6.3, which should arrive this week in Black and two weeks later in White. The smaller sibling, the Mega 5.8, will launch next week in White and then in mid-June in Black. 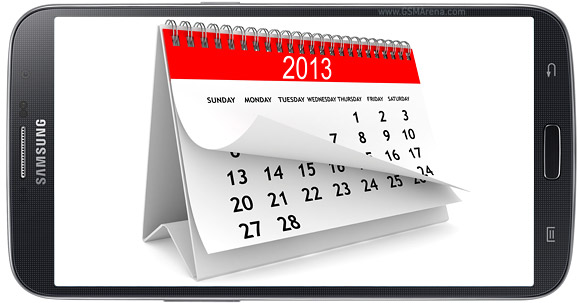 The next model to launch according to the list is the rumored cameraphone Galaxy S4 Zoom – that will be in early June for the Black model and mid-June for the White one.

After that is the Samsung Galaxy S4 mini (also unofficial), which will come out in Black and White at the same time in mid-July.

The Galaxy S4 Activ, the water-resistant S4 variant, will also launch in this timeframe in a more differentiating color, Metallic Orange.

Also here's when the different versions of the Galaxy Tab 3 will launch – that includes the 7", 8" and 10.1" versions with 3G or without. Only the 7" model is official right now.

i thought they said its gonna come out this week? it is Sunday n no word of these mobiles. i want to know the pricing