The Samsung SM-Z9005 smartphone which started shipping to developers last week, has been visiting the Samsung website recently leaving valuable traces in the form of a User Agent Profile. It reports that the upcoming Tizen OS smartphone features a 720p display, which hints its mid-range nature right off the bat. 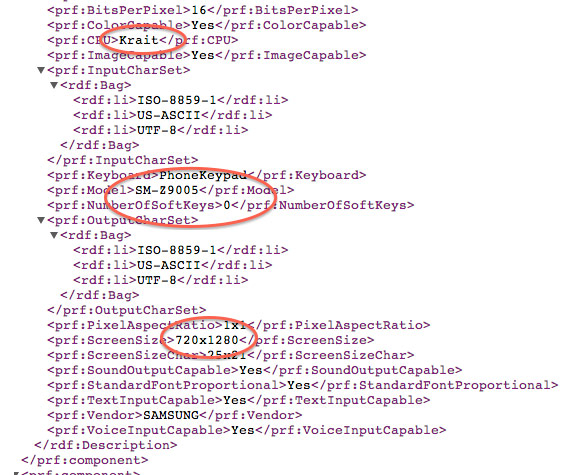 Moreover, the Samsung SM-Z9005 is reported to pack a Qualcomm Snapdragon chipset with a Krait CPU. Most probably, it's going to be a dual-core one coupled with 1GB of RAM. That should be enough to run the jointly developed with Intel operating system. An added feature of the Snapdragon system-on-a-chip is the 4G LTE supporting modem.

Sadly, that's all that the web browser profile of the smartphone gives us. The Samsung SM-Z9005 reminds us of the Samsung I8800, which leaked some months ago, as that one also featured a 720p display. Unlike the SM-Z9005 though, the I8800 will most probably pack a Samsung Exynos 4 chipset and be the more powerful of the two.

While both smartphones are now in the hands of developers for testing and app development, there is no information when the platform or the SM-Z9005 and I8800 will make their commercial debut. All we know is that Tizen OS is live and breathing.

Tizen is "next Android",more better!. ;)

this is another proof that Samsung cannot live without Android

Nothing beat Android and iOS