T-Mobile will be the exclusive carrier partner for the OnePlus 7 Pro in the US. Un-carrier customers will be able to buy one before anyone else in the world, just days after the official unveiling on May 14. As soon as May 17, Pro units will be available at T-Mobile stores and the carrier’s website.

If you’re anxious to try before you buy, the T-Mobile Times Square Signature Store will have units available for handling immediately after the unveiling event is over. The following day other Signature Stores will have it too – the ones in Chicago, Las Vegas, Miami, San Francisco and Santa Monica.

To be clear, this is just for an in-store hands-on experience. The OnePlus 7 Pro will be sold at all T-Mobile stores and at T-Mobile.com starting May 17 (that’s Friday next week). There’s no word on the vanilla OnePlus 7 availability. 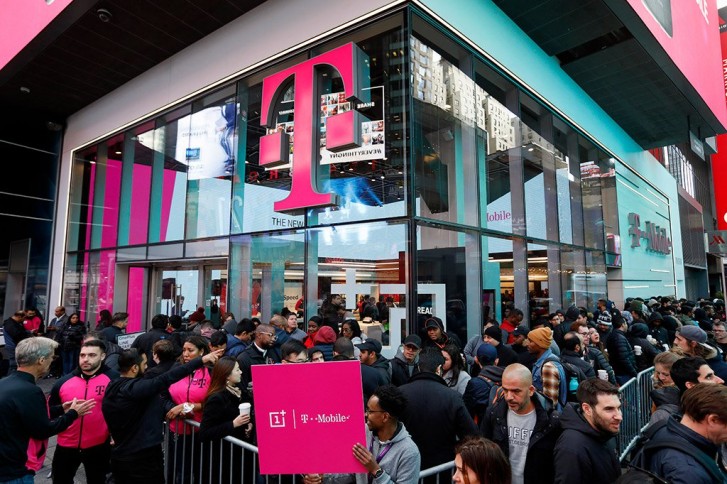 You don’t have to buy from the magenta carrier as OnePlus.com will also be selling units (and the phone should support AT&T’s network). However, the US market is heavily dependent on carrier stores – the OnePlus 6T sales jumped 86% compared to the 6 all thanks to the partnership with T-Mobile. Lines for the 6T were longer than the lines for new iPhones, claimed the carrier.

The only thing where OP can't be better than samsung s the camera department.. But with their better display and software And if they could have a good camera just laying 1% behind the iPhone and huawei it will be a deal worthy to buy... But ...

The paradigm shift from Samsung & Iphone to OnePlus, is happening now. This is what this big companies were afraid off, and been cultivating lies about Oneplus. I have been using my Oneplus 6 for Year now, it has been an best device i purchased a...