T-Mobile wants nothing to do with the Galaxy Fold

After many months of uncertainty, Samsung has finally decided to issue a still vague, but not as vague as before timeline for the release of the Galaxy Fold: September. So you may be anxiously counting the days (give or take 29), and wondering whether your favorite US carrier will offer the device.

If that company happens to be T-Mobile, though, the answer is a resounding "no". The magenta carrier apparently wants nothing to do with the Galaxy Fold, even though Samsung is pinky swearing that it's fixed all of the issues that caused its massive delay in release. 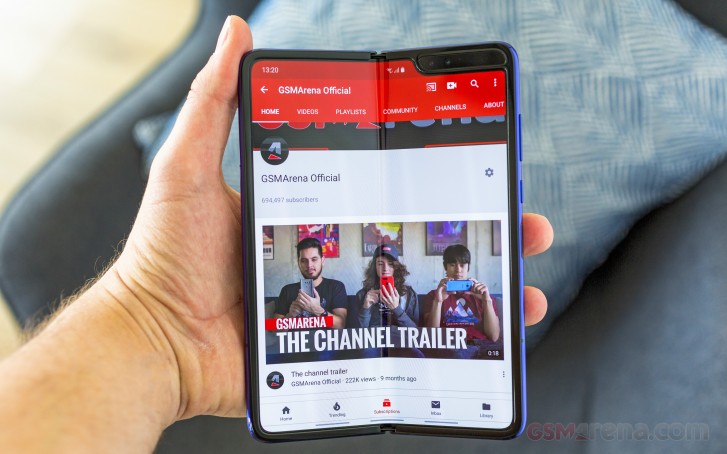 A T-Mobile spokesperson issued this statement on the matter:

T-Mobile will not carry the Galaxy Fold because we already offer customers a wide range of the latest smartphones. Please reach out to Samsung for any further inquiries.

That's almost as vague as Samsung's release timeline, so you have to commend TMo on this one. And if you must have a Fold and use it on T-Mobile, the unlocked model should work just fine. You just won't be able to take advantage of the carrier's sweet equipment installment plans to spread out the considerable investment over two years.

It's an interesting 180 T-Mobile is pulling, because when the Fold was announced, it was among the two carriers that confirmed it would sell the device - the other being AT&T. Both had to cancel pre-orders in the meantime.

AT&T doesn't have to share anything official about the Galaxy Fold yet, only saying that it's still working with Samsung on the matter. We'll have to wait and see. If you're wondering what improvements Samsung's made to the Fold in these past few months, here you go.

If you ask me - folding phones are just a gimmick. I just hope they will drop down prices of regular devices.

This might be a smart move on their part, but even then if a T-mobile user wants the Fold they can just get the unlocked one. Easy