T-Mobile will give you free Netflix from September 12

T-Mobile has announced its latest 'Un-carrier' move today, following many such unveilings of new perks and features for its customers - some of which have changed the mobile space in the US. This time around it's nothing earth-shattering, but something that will surely be considered a welcome addition by many T-Mobile subscribers.

Starting on September 12, if you have two or more lines on the magenta carrier's One plan, you will receive a free subscription to Netflix. Not for a limited time, mind you, but for as long as you have those TMo lines of service. This will be available for new and existing customers alike. 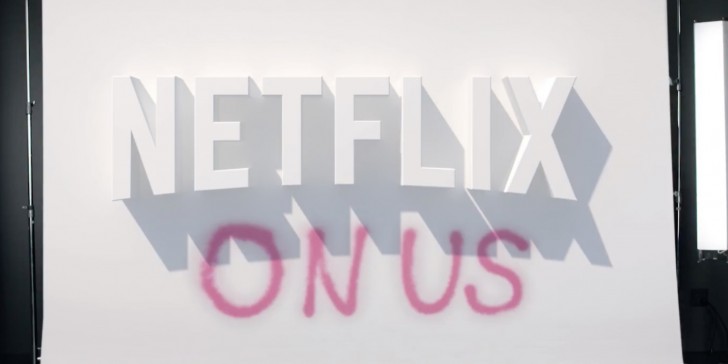 What you'll be getting is the Netflix Standard tier, which normally costs $9.99 per month and lets you stream on two screens at the same time in HD resolution. Since two lines on the One plan at T-Mobile currently cost $120 per month, this is essentially saving you under 10% of that cost (and less if you have more lines). But it's a nice gesture nevertheless.

If you already subscribe to Netflix Standard, T-Mobile will cover your cost from September 12 onwards. And if you want a higher Netflix tier, you'll only pay the difference - which will be added to your TMo bill each month. You'll be able to enroll in the carrier's promo on its website, in stores, as well as through customer support.

That's right but the whole account would have access to it so if it has more than two lines the other ones can use it. but just 2 at a same time

Isn't this against net neutrality? Against the concept that Telecom Providers will consider all services equal on the internet?

I think it's only for 2 lines not more than 2 because the standard netflix account only allows streaming on 2 devices at the same time.