A bunch of new phones debuted this week, but none of them managed to gain enough traction to seriously stir up our most popular phones' ranking. In fact, only two made the chart and they only took the final two spots - the Lenovo Z6 Pro is ninth, while the Redmi Y3 is tenth.

On top we get the Samsung Galaxy A50, which has a comfortable gap to the Xiaomi Redmi Note 7 in second and the Galaxy A70 in third.

The Huawei P30 Pro slid to fourth, while last week's runner-up Samsung Galaxy A80 is down in fifth.

The Huawei P30 lite and the Redmi Note 7 Pro retain sixth and seventh for the third week in a row, while the Samsung Galaxy A60 used its market release to jump up eight.

The three phones to miss out this time around are the Samsung duo of Galaxy S10+ and Galaxy A30 as well as the Huawei P30.

Samsung Galaxy A60
RANK: 8NEW IN 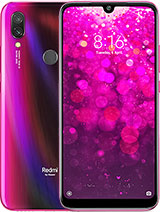 Oh my God A50 has been in the top board for like 10 weeks, was temporarily surpassed by A80 one week and P30 pro for a while and some other phones, but it still remains champion most of the time. Like why is the a50 even that popular? It's a good pho...

Put in your bets peeps. Will the A50 still hold number one next week?