The past seven days were lacking any major smartphone announcements, but rumors still shook up the trending chart. The OnePlus 7 Pro is arriving on May 14 and it gained so much traction, it reached the second spot already.

The Samsung Galaxy A50 retained its lead for yet another week, but once the flagship goes official it will surely have to concede it.

The third place is for the Galaxy A70, as the top half is completed by the Huawei P30 Pro and Redmi Note 7.

The Huawei P30 Lite kept its sixth place from the previous week, just edging out the Pixel 3a XL that is scheduled to launch on Wednesday.

The Galaxy S10+ and Galaxy A30 fell out of the chart last week, but now they both make a return, to snatch the last two positions, while the Redmi Note 7 Pro secured eighth. 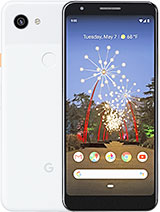 Samsung Galaxy A30
RANK: 9NEW IN

Because Galaxy A50 specs is good in a good price. And this phone is great value for money. Only downgrade is the build quality of the device instead of aluminum frame they used plastic back.

Well the phone has been well received. Surprisingly, the only true weak parts were the build and chipset, but a case in the box and well done optimization kinda made up for that. It's surprisingly a good phone for a good price

So, Since about 5 to 10 weeks ago a50 clinched the top spot, and since then it has been there, Exept for being dethroned by P30 pro for a time too short to be recorded here adn another phone a few weeks ago. Butt, other than that it has secured 1st...