The smartphone world is starting to slowly heat up after the relative calm of the past few weeks and we got a few announcements that caused plenty of movements around our trending chart.

Last week the Xiaomi Mi A3 made its debut and immediately occupied the top, but this time around it was unable to hold it and the Samsung Galaxy A50 reclaimed the first position.

Samsung Galaxy A70 remained in third, but in forth we have this week's most exciting announcement - the Asus ROG Phone II. Aiming to become the new gaming phone king, the new ROG Phone certainly starts off well.

Xiaomi Redmi Note 7 has lost a position and is now fifth, but it still managed to hold the other new name behind it. The Honor 9X Pro got sixth, which is not bad for an entry level phone that's only available in China for now.

The Samsung Galaxy A80 retained its seventh position, meaning that the Xiaomi Redmi K20 Pro actually lost three spots and is now down to eight.

The Galaxy Aseries invasion continues with the final two spots, which are occupied by the Galaxy A30 and the Galaxy A20.

That leaves no room for the Samsung Galaxy S10+ and the Xiaomi Mi 9T this time around. 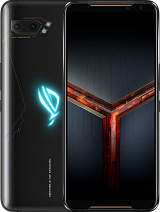 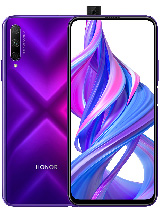 LG is the best.