MWC 2017 happened this week and understandably stirred things up quite a bit in our most popular phones chart .

The Nokia 3310 (2017) rode the nostalgia wave all the way to the victory - it got to 500,000 hits in just over 48 hours and maintained impressive interest through the rest of the week.

Second place is taken by another HMD phone as the Nokia 6 took advantage of its global rollout to. The top 3 also includes the LG G6 which according to many was the best phone announced in Barcelona.

Another flagship with a shout to the "best at MWC 2017" crown also entered the chart - the Sony Xperia XZ Premium. It slotted just behind the Galaxy J7 Prime.

Nokia not only occupies the top 2 places in the chart but also takes up the last 2. If Nokia 5’s appearance in the chart has some logic since it is fresh off the demo shelves at the congress center Gran Via, the original Nokia 3310 is merely reflecting the popularity of its refreshed version.

Xiaomi also gets a couple of phones in this refreshed chart - the company had its event in Beijing with a plethora of announcements - a new Mi 5C powered by the first in-house processor Surge S1 and an upgraded Redmi 4 called Redmi 4X, crawling to 8th position. 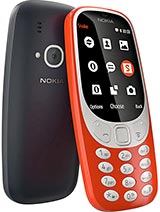 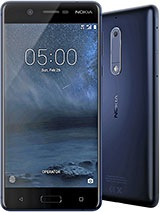 in India they will launch nokia 3 nokia 5 and nokia 6 on the month of june.. and by that time these mobile will be old (Because of SD 430)

If Nokia is half the list it isn't worth much.