When it comes to playing locally stored music on an Android device, most people just use the app that comes pre-installed, which in most cases is Google Play Music, which isn't really your best option. Some people use Poweramp, but that's not ideal either if you want something that's simple and doesn't look like it was designed in the last decade.

Fortunately, there are now tons of great music player apps available for Android. Each of the apps featured below has a beautiful UI with elegant design and meaningful animations. The have all the basic features along with some customization options and also a widget for your homescreen. Most are free or have a free version with reduced functionality. Try them out and let us know what you think. 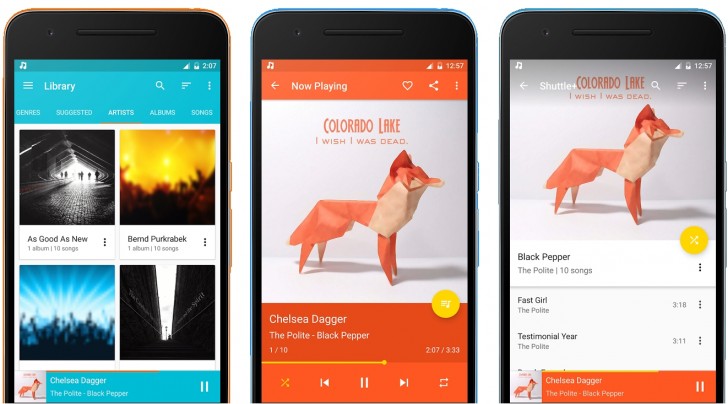 Shuttle is your classic Material Design app, with a vibrant color palette and big edge to edge album art. Dig through the settings and you will find dozens of way to customize the color scheme of the app. Other features include custom equalizer, downloading artwork whitelist/blacklisting of tracks, and Last.fm scrobbling. 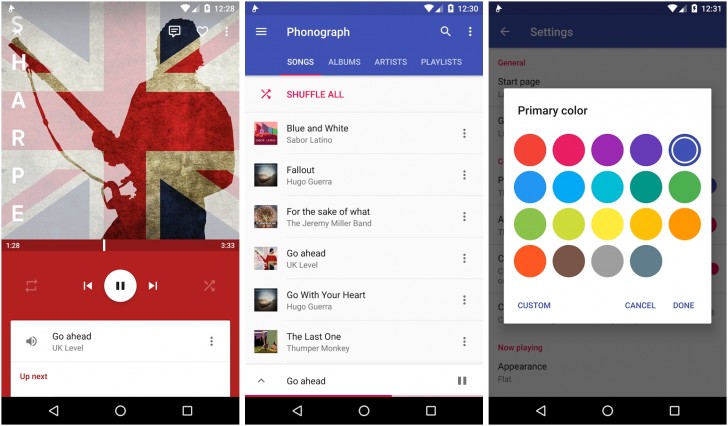 Phonograph has gone through a lot of UI and even name changes. The latest one is by far the best looking, with a unique playlist card right below the now playing screen. Phonograph too has customizable theme and accent colors, auto download album art, and also gapless playback support. It doesn't have a custom equalizer though and depends upon your phone's built-in one, which not all phones have. 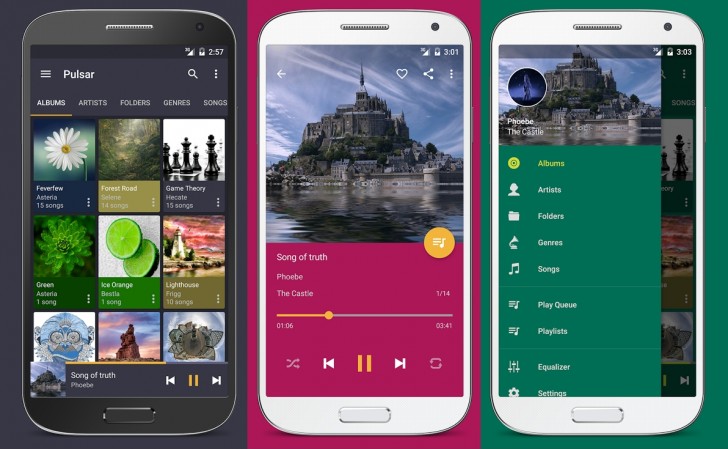 Pulsar has a very simple and minimal structure with large buttons and well laid out text in the Now Playing screen. It has artwork download, gapless playback, custom equalizer, and Last.fm scrobbling. Theme options are limited to presets, of which only three are available in the free version. 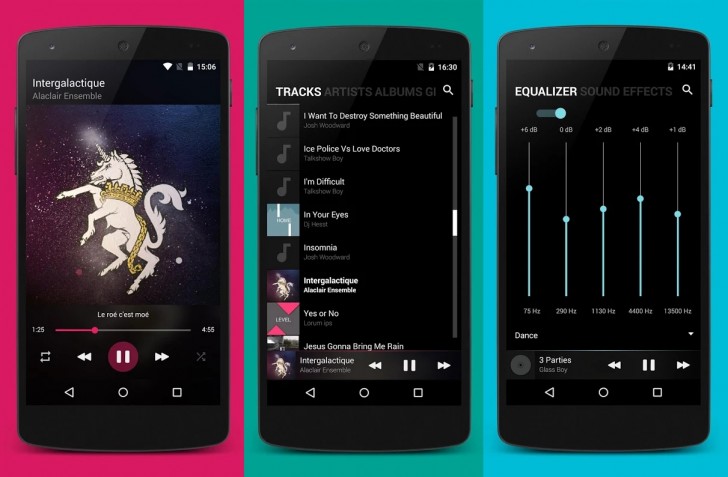 BlackPlayer skips out on some of the Material Design guidelines and goes a bit rogue. It uses large text labels as tabs at the top, which remind a bit of Windows Phone UI. Clicking an album opens a floating card with all the tracks. Now Playing screen is super clean with crisp text and simple, clean button layout and large album art. You can change the font used in the app and also customize the UI color as precisely as you want with custom values. The Now Playing screen can also be modified. There's just a ton of options here, perhaps the most comprehensive of this group. It also has all the other options you's want like gapless playback, crossfade, auto artwork downloading, and a lot more. If you like tinkering with settings, this should keep you busy for a while. 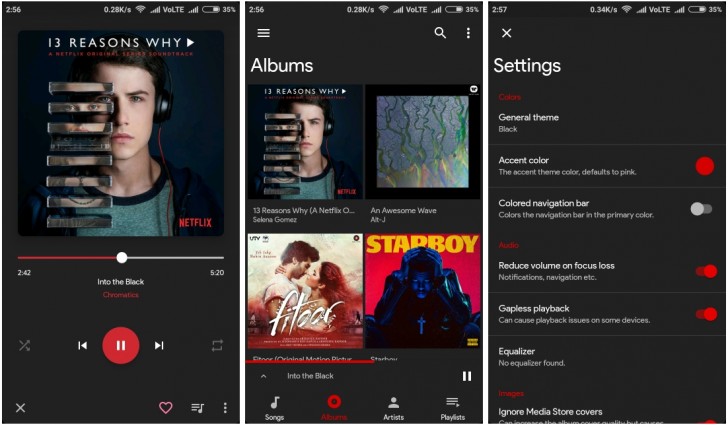 Despite the name there really isn't anything retro about this app. It looks completely modern and is quite attractive, with interesting UI choices and a non-native font. The Now Playing screen is also quite pretty and the Play button even picks up the color from the album art. It's a bit light on customization compared to some of the other apps here but all the basic features are all there. The app is currently in beta but we found it to be perfectly usable. 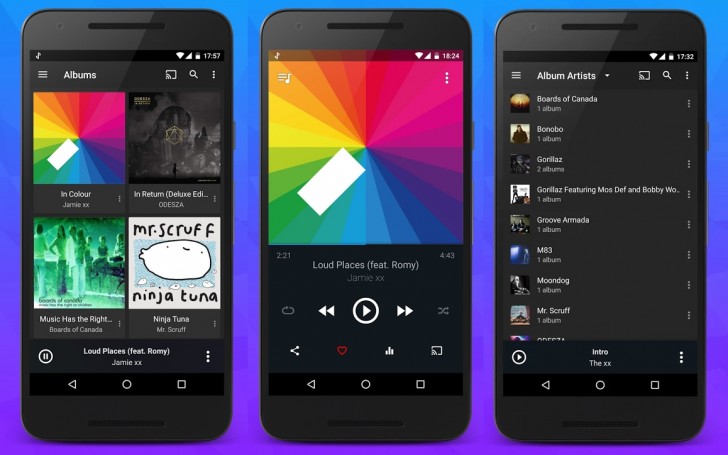 This is the oldest app in this bunch and has been around for what feels like forever now. Back then Android UI design was truly horrible and doubleTwist felt like a breath of fresh air. Things are different now but doubleTwist still remains one of the best looking music players on Android. It has by far the fewest features of all the apps in this group and it hides some of them behind a paywall but the core music playback experience is as good as ever. Besides, it has one trick up its sleeve and that is it can cast music to an AirPlay device like Apple TV, AirPort Express, or a compatible speaker system. It's also the only app here that is also a podcast player.

Thanks, I've been trying to remember its name.

Only just discovered this thanks

Hi, been reading some comments here and its really fun reading it, lots of info. I've been using mx player for quite some time now and works fine. i tried several apps earlier but not satisfied. yeah some are great apps but im sticking to this app. t...