After a recent FCC leak and a Toshiba 2008 Roadmap presentation leak Toshiba have finally presented the Toshiba G920 model at an event held in Milan, as the Italian website pocketpcitalia.com reports. The strange thing is the naming convention used, as obviously the model now is presented as Toshiba G910.

Back in December 2007 the FCC leak mentioned that there are two possible names for the device - G910 and G920. Several days later when the Toshiba 2008 handheld roadmap was spotted in Russia, the device was clearly mentioned as Toshiba G920 so we thought that the name is finally settled. Well, it was obviously not. It's either this, or we have a case of two region-specific versions.

Getting back to the present Toshiba has announced the full official specs for the Toshiba G910. They are the same as we expected. 3G and HSDPA are there, Wi-Fi functionality and an integrated GPS receiver are also present. The 3" touchscreen TFT display will have a WVGA resolution of 480 x 800 pixels, and the device will run Windows Mobile 6.0 Pro. Unfortunately the suggested 3 megapixel camera was dropped in favor of a 2 megapixel one.

The Toshiba G910 is also equipped with Bluetooth support and VoIP capabilities. The processor under the hood of the G910 is yet unknown, however as leaked earlier it should be a Qualcomm MSM7200 chipset with a 528 MHz processor and 128MB of RAM. 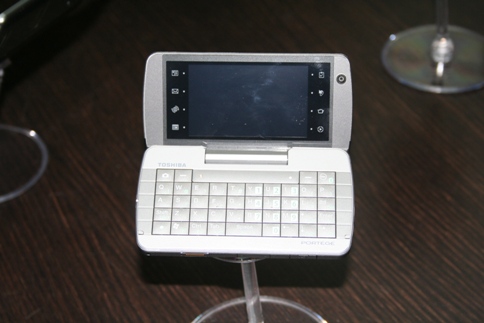 The Toshiba G910 will become available somewhere in April 2008 at an approximate price of EUR 600.

Toshiba has also presented the Toshiba G710 - a compact Windows Mobile smartphone. It comes in the messenger form factor with a full hardware QWERTY keyboard and we call it compact because it's only a tad larger than Samsung i600. Toshiba G710 have a large 2.4" TFT display with QVGA resolution. A 2 megapixel snapper, microSD memory card slot (up to 2GB), stereo Bluetooth will also be available.

Interestingly enough, the Toshiba G710 will also have a built-in GPS receiver. There is also quad-band GSM/EDGE support. Unfortunately, no Wi-Fi capabilities are mentioned. Sounds like a mixed bag, so we'll have to check it for ourselves - hopefully at the Mobile World Congress in Barcelona, February 2008. 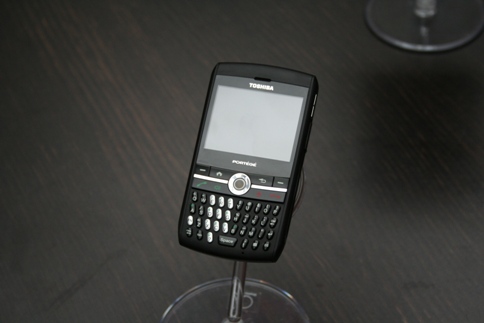 There's no word on the Toshiba G710 pricing or availability just yet.

Sorry I did not specificly clarify, but I was writing about the G710, not the G900 series. 2 devices on one page, I got confused.

Here is where I got some of my information, so if you have an issue with the data I presented, take it up with the source. http://www.mobinice.com/phones/Toshiba/G710

Yes the TYNTII or what ever will kill this device, thats no secrete. But they are two different classes. Screen size is fine for a fixed device of this nature, your not gonna get more than 2/10" of an inch if you "cut off the sides", not worth the ...