Rumors of Toshiba's TG series are like rumors of Big Foot - first we get an urban legend about it and then some low-quality photos emerge. What seems like leaked promo materials doesn't give us much - just that both the TG02 and TG03 will look almost exactly like the original Toshiba TG01.

Looks are not everything, of course, and there's not much room for fancy design solutions - the 4.1" screens dominates the entire front. The photos don't reveal anything about the inner workings of the phones, either. We've covered what we know so far in our previous article.

Important questions are still left unanswered. For now, the TG02 seems like TG01 with some waterproofing and Windows Mobile 6.5 preinstalled out of the box. 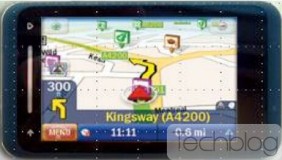 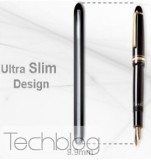 As for the TG03, it's still unclear if it will have GPS and what's with the 5.1 channels support. It's understandable if they needed more room for the camera and scraped the GPS - by the time the TG03 is out however, 3 megapixels will hardly be used on expensive smartphones any more.

Our source suggests that both the following photos feature TG03, but the device held in hand on that second shot looks nothing like the metallic phone on the first photo. However, we'll let you be the judge on that. 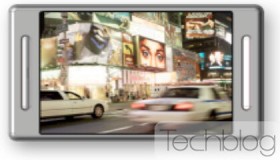 Nothing new about VideoBox either, but we'd certainly like to see something more than a transcoding software - some movie renting service, a la Samsung Movies, would be highly appreciated.

I would buy this if it were actually real. Where is it? I've been reading about it since late 2008.