Samsung appears to have finally listened to those criticizing its Android overlay. Introducing new features with every generation, TouchWiz is certainly one of the most functional UIs around but it's also one that requires serious amounts of resources to run smoothly. 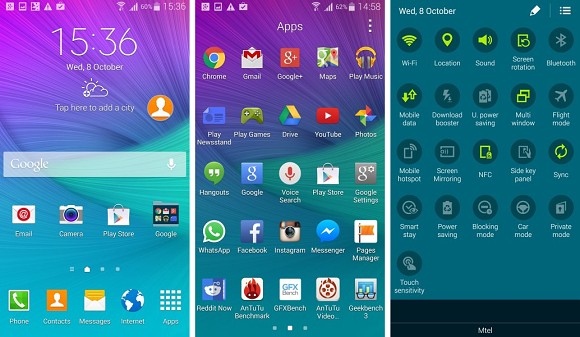 TouchWiz on the latest Galaxy Note 4


Optimizations are on the way, with the Korean giant focusing on core features and rethinking the inclusion of more obscure ones. So much so, that sources in Korea are quoting company members saying that the proprietary skin will be performing at the level of Google's Nexus 6.

It has also been revealed that the smartphone might hit the domestic market as early as February, with global launch scheduled for the MWC in March. Trial production is reported to have already started in the company's Vietnamese plant with mass production to begin next month.

We're getting tired of repeating it, but this source brings yet another confirmation of the rumored unibody of the successor to the Galaxy S5. A dual-edge version is also allegedly in the works, forcing the relocation of the power button to the top of the device and the speaker to the bottom.

Source 1 2 (in Korean) | Via
Related articles

I am just done with Samsung, they don't care about customers, they just bloat their phones with useless softwares, I have the korean s4 and it's a living hell device if not rooted and cleaned from bloatware, more than 15 korean apps that are entirely...

Helloz, Talking about lags & stutter, My Xperia Z1 doesnt do it at all, I have had it since Nov'13, no lags, no restart, no stuttering, apart from two days in November 2014, when I had a software update pending, as soon as I did that update,...