TP-Link may be most well known for its wireless networking equipment, but the Chinese company is becoming more and more serious about its mobile efforts too. At IFA TP-Link unveiled two new Neffos smartphones running Android, following the three models it made official back in January.

The new Neffos X1 and Neffos X1 Max share many traits, including their hardware design and metal construction. As is the case more and more often, the main differences between them have to do with size.

The X1 has a 5-inch 720p touchscreen and a 13 MP rear camera with Sony IMX298 sensor, f/2.0 aperture, phase detection autofocus, and a dual-tone LED flash. The selfie unit is a 5 MP affair, while the device is powered by MediaTek's Helio P10 chipset with a 1.8 GHz octa-core Cortex-A53 CPU and Mali-T860 GPU. 4G LTE and dual-sim functionality are baked in, and the fingerprint sensor on the back will reportedly authenticate you in 0.2 seconds. The phone runs Android 6.0 Marshmallow. 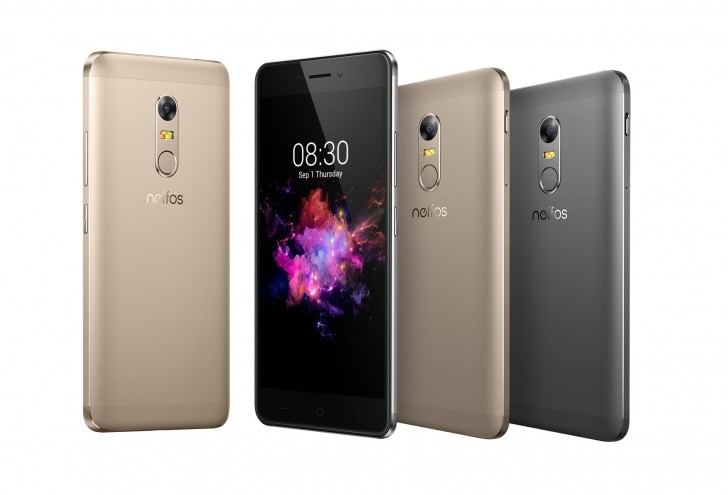 Both phones will be available by the end of the year. The Neffos X1 will start at €199, while the Neffos X1 Max will be priced from €249. You'll be able to grab either one in grey or gold.

You looking at your phone from 4cm distance? This is a very good phone. Mediatek? Lol, don't care. But I want to buy LG G6

its a good phone, I got one, its pretty good, a good camera and good price, good for Neffos devices.