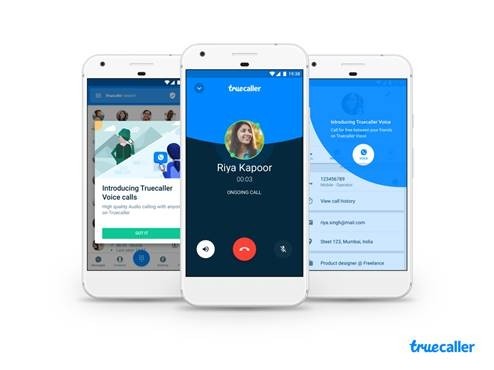 The feature currently is only available only on Android for now. The iOS version is expected to get it over the coming weeks.

Truecaller Voice works pretty much like any other VoIP app. If you're a Truecaller user, you will already be familiar with the UI, which already had the dialer and access to your contacts. You can now use the same UI to place calls through the app over VoIP to other Truecaller users.

Over the years, Truecaller has been expanding functionality beyond just a caller ID app. It added ability to send and receive SMS a few years back and now you an also send SMS through Truecaller to other Truecaller users without any charge. There's also a payment system now built-in. With the voice calling feature, the app is now trying to take over all your communication needs.

We reached out to Truecaller regarding the security and privacy aspect of this new voice calling feature, considering the announcement made no mention of any encryption or other security features. We are yet to hear back from them, however.

We would also like to remind you not to trust just any application with your voice calls and stick to services, who have earned your trust.

Its not activating here in pakistan. unable to connect msg since one week.

Not sure how it started rolling out July 10, when it's still June, but OK....

yeah I hate that. Same they did to ShareIt which i used alot back then but now it is filled with ads and useless bloat