We have been hearing about the Samsung Galaxy F for quite some time now. Supposedly Samsung's premium series of devices with a metal body, the Galaxy F leaked again a few days back in what looked like a press image. 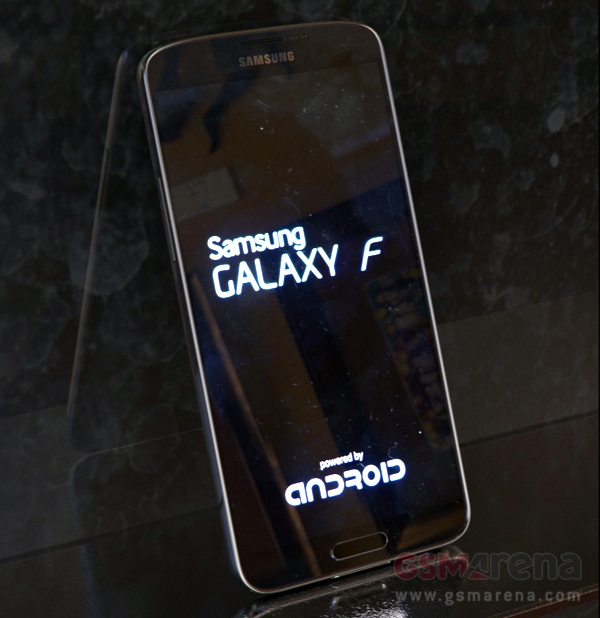 Now we have two more images of the device, but this time they are actual photographs (or so it seems). They show both the front and back of the phone, with that brushed metal finish on the back that could very well just be plastic with metal finish. 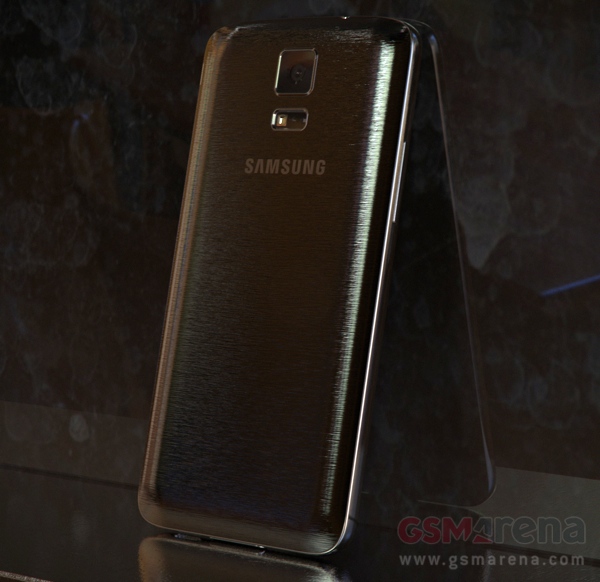 Other than that the phone looks quite similar to the Galaxy S5, or for that matter any other Samsung phone. The screen shows the Samsung Galaxy F logo with the now compulsory 'Powered by Android' logo.

We are not entirely certain about the authenticity of these images so take them with a pinch of salt.

Thanks Anonymous for sending these in.

No, Lg will be making the first android silver device