Two versions of the Oppo's upcoming R7 smartphone have received network certification in China. Dubbed the R7c and R7t, the models are for China Telecom and China Mobile, respectively. We also got an insider scoop from a trusted source adding more details to the picture. 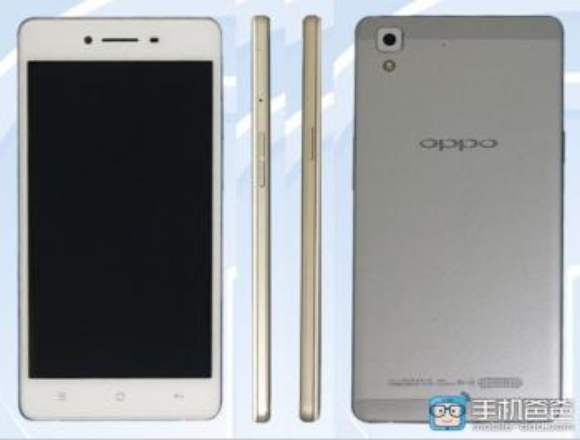 Both the versions have similar specifications, except for the processor - the R7c is powered by a Snapdragon 615 chipset with 1.5GHz octa-core processor, while the R7t features a MediaTek MT6752 SoC with 1.7GHz octa-core CPU.

As for the remaining specs, the Oppo R7 sports a 5-inch Full HD display, and comes with 3GB of RAM and 16GB of internal storage, which can be expanded up to 128GB via a microSD card. In terms of camera, it features a 13MP rear unit and an 8MP front shooter. The device runs Android 4.4.4 KitKat OS, and packs in a 2320mAh battery. While the handset comes with 2.5D glass screen, it doesn't feature a fingerprint scanner.

Meanwhile, one of our trusted source has revealed that the device will have an all-metal body. The TENAA photos did suggest that, but now we know for sure.

We also learned that the Oppo R7 will be aiming to compete with the Galaxy A7 and will be priced accordingly. The metal-clad Samsung mid-ranger currently retails for €400-450, so that's about what the R7 will cost too.

so everybody said it will be bezzel less but gues what, we have ofcourse been waiting for nothing!!!