Sony GX and SX LTE droids going to Japan, one has a 13MP camera

Sony Mobile just announced two new LTE-capable Android smartphones for Japan. The Sony Xperia GX is the more interesting part of the duo as it combines the specs of an Xperia ion with a 13MP camera. The Sony Xperia SX is no slouch either - at 95g, Sony claims it to be the lightest LTE-enabled phone.

The Sony Xperia GX is the Sony LT29i Hayabusa that has leaked a few times (including some blurry shots of the device yesterday) and it probably uses Sony's new 13MP sensor. 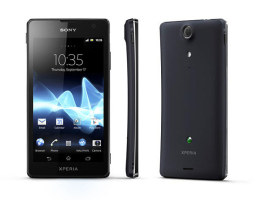 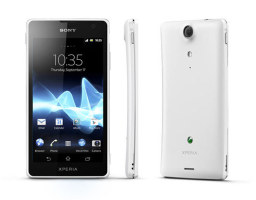 The phone is modeled after the Xperia arc, but packs a 4.6" HD Reality display backed by the Mobile BRAVIA Engine, a 1.5GHz dual-core processor, 16GB of built-in storage and will launch in black and white, with Android 4.0 Ice Cream Sandwich on board. It also has an HDMI port for FullHD video out.

The Sony Xperia SX uses a smaller, 3.7" Reality display, a 1.5GHz dual-core CPU, 8GB of built-in storage and it will also launch in black and white with ICS out of the box. Its hook is that it weighs just 95g. The Xperia SX uses an 8MP camera, probably packing the other new sensor Sony announced at the beginning of this year. 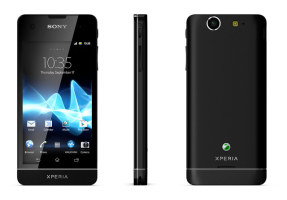 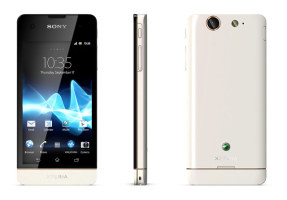 The GX and the SX boast LTE connectivity that can go up to 72Mbps. They will also come with a Walkman app preloaded, which enables music player features like clear stereo, clear bass, VPT surround sound, manual equalizer and xLOUD.

The Sony Xperia GX and Xperia SX will be available in Japan from the summer, but Sony didn’t give a more concrete date. Also, there's nothing on whether the company plans to bring a version of these phones in other parts of the world.

I think it has a micro sd slot watch the video