Two new hot-looking Nokia touchscreen phones saw daylight for the first time today. Both unannounced devices make a brief appearance in a video featuring the Nokia N97 designer. Judging by their looks they are both part of the quickly growing portfolio of touch-operated handsets by the Finnish manufacturer.

Having a look at this smarphone roadmap that leaked last year we guess one of the devices is Ivalo, successor to the Nokia N97. 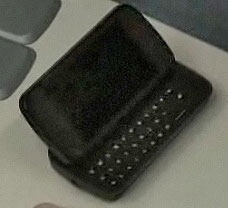 The second handset in question is most probably the Madeleine, a mid-range QWERTY-enabled touch handset with Wi-Fi and GPS connectivity, a 3.2 megapixel camera, N-Gage support with dedicated gaming keys and FM radio.

As you can see, Madeline here has the same design as the N97 with the sliding QWERTY keyboard and tilting screen but this time (much to the awe of left-handed people) the D-pad is moved to the right.

As you might have guessed, there is absolutely no official info on these two yet. We do hope however that with the MWC 2009 starting in less than a week, the curtain will lift on them as well.

And just in case you might want to check out the video by yourselves, here it goes:

I believe that nokia this taking the same way from motorola creates a new terminal and to this they do an improvement to him and they sell it to you as I complete model and but expensive and the users we cannot pay for these whims!!!!

I'm Kinda Disapointed, from the design aspect. Looks like an upgraded version of the HTC TyTn II but with better camera and more memory. Don't get me wrong, The guys put alot of time and work into the device, and it's a great device. Contrary to...