Ubuntu-powered Meizu MX4 to go on sale in Europe tomorrow

Canonical's first Ubuntu smartphone - the Aquaris E4.5 UE - went on sale back in February this year, and its second offering - the Aquaris E5 HD UE - is also out in the market. Now, the company's third Ubuntu handset, the Meizu MX4 Ubuntu Edition, is set for an invitation-only European release. 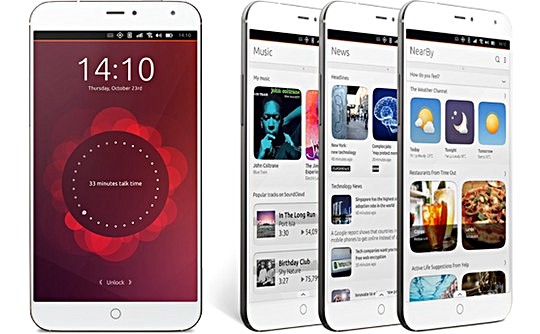 Carrying a price tag of €299 ($335), the silver and gold variants of the handset will go on sale in Europe tomorrow. They will only be available via Meizu's English-language website.

The company is following a very unusual sales tactic for the device - potential customers will have to click on "an interactive origami wall" on the Meizu website, with each visit to the wall revealing "a certain amount of daily invites" to purchase the handset.

"This is a device for enthusiasts. We want to make sure the right people are buying the Meizu MX4 Ubuntu Edition, for the right reasons," said Cristian Parrino, VP of mobile at Canonical.

Specs-wise, the MX4 UE is powered by a MediaTek MT6595 chipset with octa-core CPU, and sports a 5.36-inch screen with a 1152 x 1920 resolution. It comes with 2GB RAM and 16GB of internal memory (with no option to expand it via a microSD card), and packs in a 3100mAh battery. In terms of camera, the device features a 20.7MP rear unit and a 2MP front shooter.

It will be a awesome one

Sorry but Linux on the desktop is better than Windows, It runs on basically all hardware low and high end, it supports 4K displays, why would it limit itself to cheap throwaway netbooks?? When it is doing a perfectly good job of taking down Microsoft...