Ubuntu-running Meizu MX3 in the works

Several shots of what appears to be a Meizu MX3 running on the Ubuntu operating system have surfaced online. The photos come courtesy of Meizu's official account on the Weibo.com Chinese social networking site. 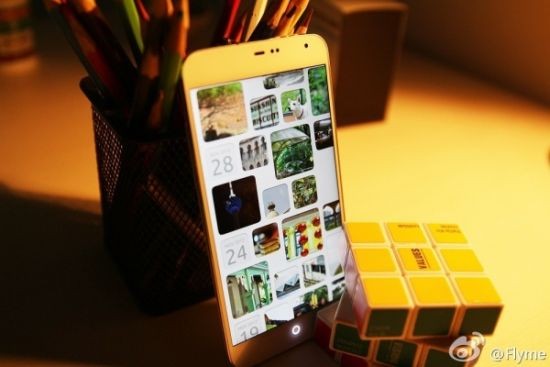 Just last month, Canonical (the folks behind Ubuntu) announced that the Ubuntu mobile OS will move from being a (rather tricky) aftermarket solution, to a full-fledged out of box OS. Then, Canonical CEO Mark Shuttleworth referred to a potential hardware partner that would ship a mobile with Ubuntu out of box, although he didn't specify which one.

Now, it appears that we have found out.

The Meizu MX3 was released this past October running Android 4.2 Jelly Bean with Meizu's own Flyme OS UX. It runs on an octa-core Exynos 5410 chipset with four 1.6GHz Cortex-A15 cores and four 1.2GHz Cortex-A7 cores. It comes in models bearing between 16 GB and 128 GB of non-expandable internal memory, 2GB of RAM, and an 8MP shooter.

Given that Meizu already has the hardware for the most part covered, it's not too much of a risk for them to see how a Ubuntu device will play out. The MX3 was able to score some decent (if not flagship-grade) results in our dedicated benchmarks, so it looks like the first "real" Ubuntu phone will be given a fighting chance.

Microsoft is full of NSA experts.

"" Rain Raizo ubuntu and android are sibling.."" Yes, but one is evil, the other is an angel. One wants to sell your personal data to marketers, the other just wants to code for the betterment of all humanity. One puts...

Ubunto rocked and now WP8 have to struugle