The Boom 3 is the latest in the line of popular Bluetooth speakers from Ultimate Ears. The new model is even more rugged than before, with a shock-resistant and water-resistant design made to withstand the harshest conditions. 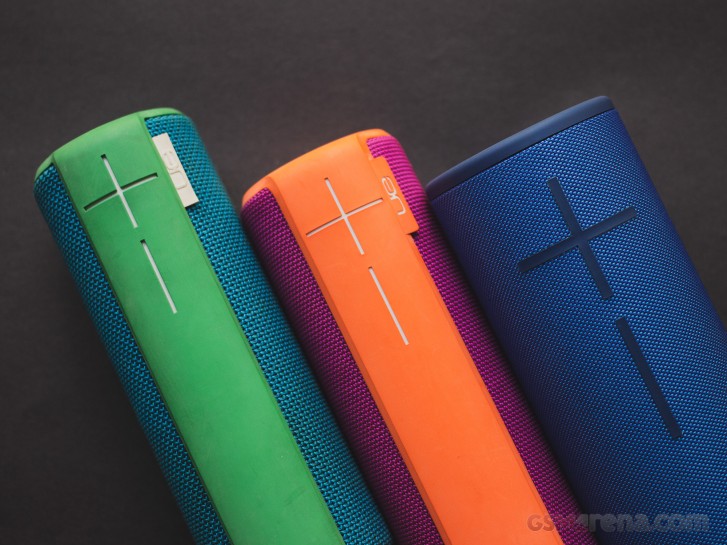 The Boom 3 is a fair bit larger than the Boom 2, which had an identical design to the original Boom. The fabric now covers the entire front surface, with the signature large volume buttons now embossed directly on it. The volume buttons are a bit less stiff this time around and easier to press.

The fabric has a two-tone color finish. Our blue review unit had a purple sheen when seen from the side. Around the back is now a new loop made out of the same fabric. 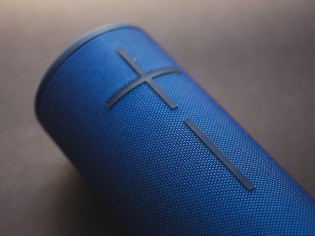 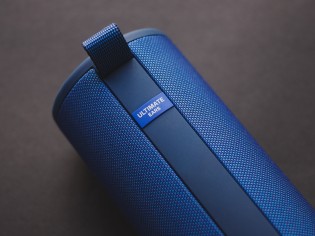 Going down the strip at the back is a flap near the bottom, inside which sits the microUSB port for charging with a charging indicator LED. At this point, it would have been nice to see a USB-C port here. The speaker can also be charged wirelessly by using Power Up charging dock sold separately. The dock connects via the metal connector at the bottom of the speaker.

At the top of the speaker is what UE calls the Magic Button that primarily acts as a play/pause button. You can also use it to skip tracks. Alternatively, it can be assigned a playlist from a music streaming app and then when you press and hold the button for two seconds, the speaker will start playing that playlist. Next to this button is the power button. A third, smaller key is also nearby that can be pressed to enable pairing. The Boom 3 does not have NFC for faster pairing. 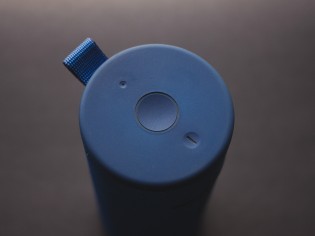 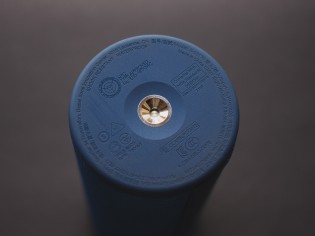 Speaking of things that's missing on the Boom 3, there's also no aux input this time around, so the only way to input sound on this thing is through Bluetooth.

The software experience on Ultimate Ears speakers is a bit more advanced than what you usually find with other Bluetooth speakers. The single UE app lets you keep track of all your UE speakers paired with that device. You can use the app to adjust the volume, turn the speakers on or off, update the software or adjust the EQ. You can also set an alarm through here and it will play on the speaker.

However, the party trick with UE speakers (literally) is the ability to chain multiple speakers together. You can actually chain an unbelievable UE 150 speakers together through the app and then have them all play sound simultaneously. Another feature called Block Party lets two other people connect to your speaker and the three of you can then take turns to play music through your speaker.

Since I had both the Boom 1 and Boom 2 around, I decided to pair all three together through the Party Up feature. The process is fairly straightforward through the app and you basically drag the icon of each of the speakers around to pair them. Once connected, all three did start playing the same song together.

There is one problem here though. While the app does allow any UE speaker to be connected, because the three speakers have varying volume levels, not to mention different sound profiles, the sound is all over the place. Ideally, you'd want to have the same speakers for a more consistent experience.

Moreover, each speaker plays stereo individually, so each speaker in the party was playing stereo sound rather than just playing mono audio or becoming one of the channels, which was a bit odd. You can't have two speakers and have them be the left and right channel as they will both play both channels. 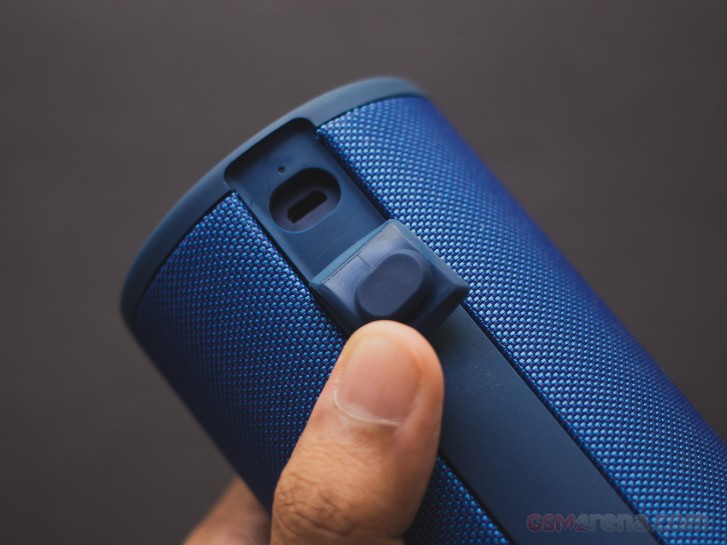 Now coming to the sound, the Boom 3 has the same basic speaker setup as the previous two models. There are two active drivers firing straight left and right and two passive radiators below them. Due to the sideways positioning of the speakers, you do get 360 degree sound, at least in the horizontal place. However, ideally you'd want the volume buttons facing you right side up for the most correct stereo sound.

The sound quality is mostly good. The sound is clearly designed to be used outdoors and it has a very powerful projection that can be heard easily. This means it has a very mid-forward sound signature that puts a spotlight on voices and some instruments. The speaker also gets very loud without distorting, so if you're trying to have a little party going outdoors you will have no trouble hearing it.

When used indoors, the speaker performs less favorably. The mid focused sound gets tiring very quickly. I found it best to use the EQ to bring down the mids or just use the Cramped Spaces profile. Unfortunately, the sound lacks the low-end bass and warmth of something like the Bose SoundLink Mini II. You get a bit of mid-bass but that's about it. The Bose doesn't get as loud as the Boom 3 and wouldn't really be usable outdoors but indoors it definitely sounds a lot better and more balanced.

The UE Boom 3 is a great speaker if you're an outdoorsy type of person. It's designed to be very rugged and can be submerged in water. It also has a very loud and powerful sound and comes with cool tricks that let you pair multiple speakers together to really wake up the neighbors. 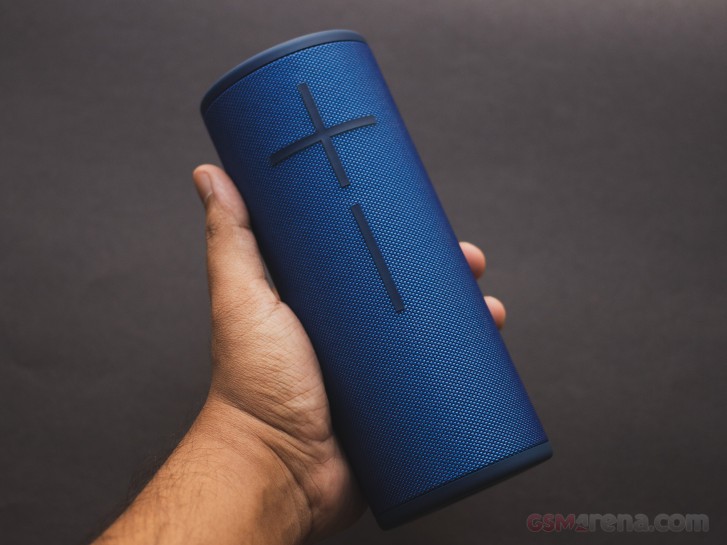 However, if you are mostly going to be using it indoors at your home or office then something like the Bose SoundLink Mini II is a much better option.

No one in favor of the Sony series? I have both of them and the sony sounds way better. maybe i am more fan of the BASS!!!

JBL Charge 3 is still 1 of the best. All rounder Champion..