Hot on the heels of its FCC and Google campus visits, the highly anticipated next generation Nexus smartphone made yet another appearance. This time around, the LG-made handset got allegedly caught in live photos and video while exploring the bar scene. 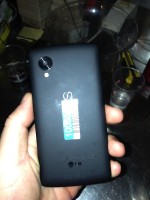 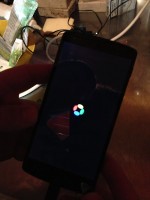 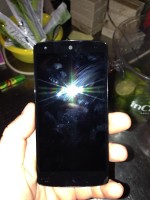 The images of the handset above fall right in line with previous leaks. They show a pre-production unit whose look resembles closely the 2013 ASUS Nexus 7.

The short video of the handset on the other hand, gives us a glimpse of what could be the Android 4.4 KitKat lockscreen. You can check it out below.

Considering the increasingly frequent appearances of the upcoming LG Nexus, we reckon that it won’t be long before the device goes official. The latest rumor points at a late October release.

Thought it was beautiful! Although we would like more if it was with the G2's screen. That means 5.2 ". Hopefully memory is 32GB and has a great battery. Besides a device very sturdy!

Big screen in small device.. love G2 and Nexus5 .. haters will find reasons but truth is they are envy of just a phone . G2 is just a premium phone guys . no need to hate it .. just enjoy the features of G2