Unannounced OnePlus handset gets pictured at the FCC

Before the end of the year, OnePlus will launch its third smartphone ever, and the second one of 2015, to complement the OnePlus 2 in its portfolio. The new device will probably be smaller than the OnePlus 2, and it may be called either OnePlus X or OnePlus Mini.

Not long ago a purported full list of specs for the OnePlus Mini got leaked, and now a new OnePlus handset passed through the FCC. And, unlike what usually happens at the US-based regulatory agency, this time we even get a picture of the phone. 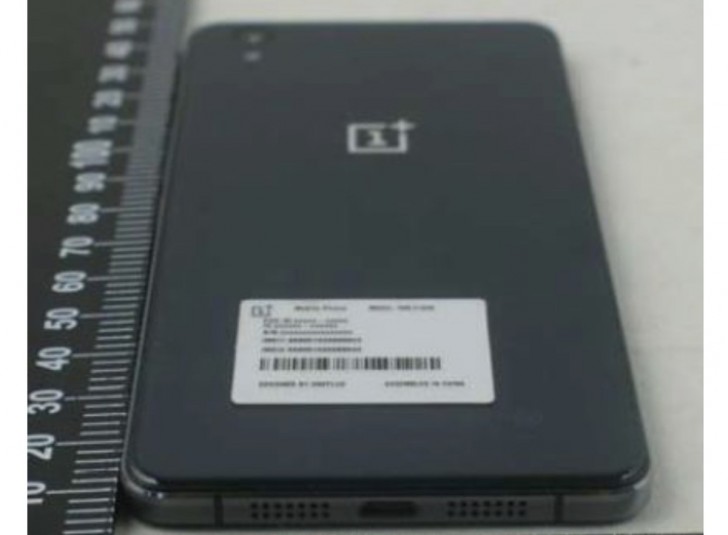 The model number for the device you see above is One E1005. This particular version comes with Bluetooth, Wi-Fi, GPS, an FM radio, a 1.9 GHz processor, as well as support for LTE bands 1, 2, 4, 5, 7, and 8 and quad-band GSM. As can be seen in the image, it has a microUSB connector and not a USB Type-C port like the OnePlus 2. It also sports a metal frame, and a back that's either plastic or glass. Its dimensions are supposedly 139.7 x 55.8 x 6.85 mm, but if true it means this will be one oddly long and narrow device.

These are all the details that the FCC has made public, but they do sort of match up with the idea of a smaller OnePlus phone coming soon. In fact, the Chinese company has already scheduled an event on October 12 in India, which is when this handset could become official.

how about some eyeglasses ...

Yeah it's easy to say when the trend suits your preference.