We got spicy info on two new upcoming Samsung feature phones aiming the entry-level market - the C3520 clamshell and the touch-based Champ 2.

Samsung C3520 is a clamshell with a 2.4-inch QVGA display, a 1.3 megapixel snapper, a 3.5mm audio jack, FM radio, a microUSB port, and a microSD card slot. It supports quad-band GSM/EDGE networks and is based on the latest Samsung non-touch proprietary interface with social networking integration. 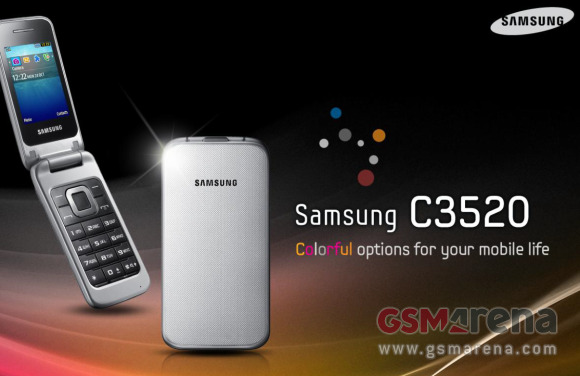 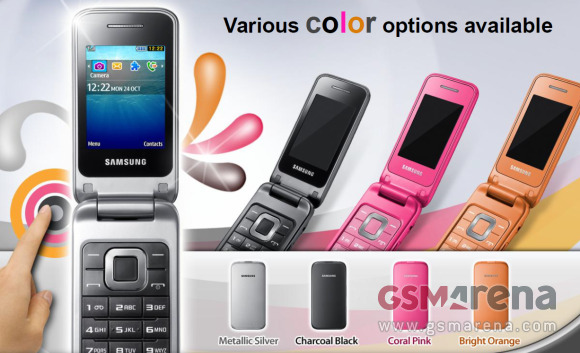 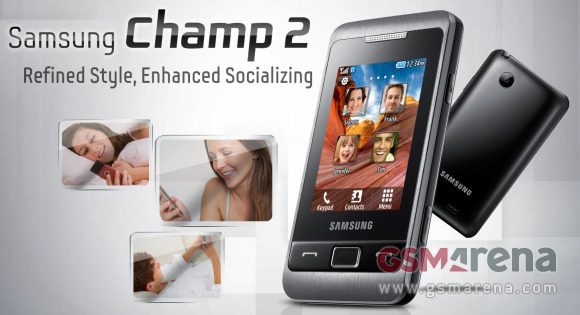 The Champ 2 is running on the company's latest TouchWiz Lite 2.0 UI and comes with native social networking integration.

Both phones should become available very soon. And just to be clear, we do have these official photos and specs, but both devices are not yet officially announced by Samsung.

is champ2 available in pink color?

i bought this phone ,. its very sweet,. i like it