An unknown Motorola smartphone has starred in a hands-on video on the Vietnamese Tinhte blog, which has leaked several high-profile smartphones in the past. 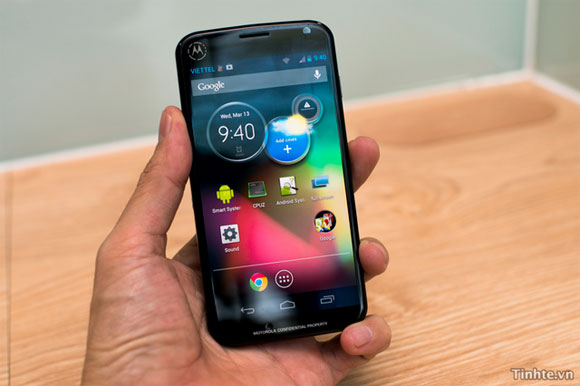 According to the report, the yet unannounced Motorola smartphone carriers the XT912A model number, which leads us to believe it might be a replacement for the Droid RAZR (which carries the XT912 label).

The source claims that this isn't the enigmatic "X Phone" that we are eagerly looking forward to. The evidence to support thi is the leaked smartphone's 4" AMOLED display of HD resolution and Snapdragon S4 Pro chipset. Its CPU clock speed is yet to be confirmed, but we already know an Adreno 320 GPU and 2GB of RAM on board.

The specs sheet is also said to feature a 2,000mAh battery. As for the phone's XT912A's design, it shows that Motorola is taking a whole new design direction in 2013. The phone itself is on the thin side, and features a curved back similar to that of the HTC One.

motorola is of linux platform since long ago.. u can motorola linux web also.then why he will takes windows? linux always makes every new things first later on windows

Google said that Motorala is not their STANDARD!