Xiaomi's model lineup is looking more confusing by the day, particularly in the lower end, and a new device revealed on TENAA isn't going to help. The Chinese regulator has certified a smartphone that goes by the model designation M1803E6E and we have it pegged for the next Redmi, but who knows (later, it was found to be Redmi S2).

It's got a Redmi-grade display resolution - 720p, but a Redmi Note diagonal - 5.99 inches (at this point why not call it 6 inches?). It's an LCD in an 18:9 aspect ratio, though that doesn't help with assigning a 'Note' moniker or not. The number that does point to a non-Note is in the battery capacity field - 3,000mAh, while Redmi Notes typically come with 4,000mAh worth of juice. 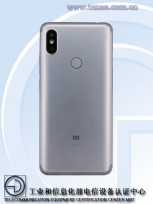 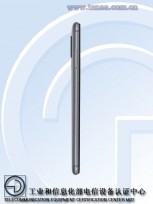 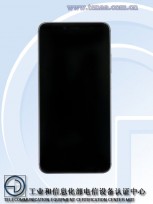 Anyhow, what appears to be a similar dual camera setup to the existing Redmi Note 5 Pro's is on this new phone's back. The TENAA filing only quotes a 12MP sensor and doesn't specify the secondary one, but does explicitly say a total of 3 cameras. Hence our speculation it's the 12MP+5MP combo from the Note 5 Pro.

We're yet to hear of an official announcement, but it can't be that far away.

The rumor says Redmi 5A successor is in the works, it's probably this one. With the lowest ever series (Redmi A) getting SD625, you can expect this is the last one ever. Next they might ship with SD636 for the Redmi family, if SD4XX series has no fut...

Mi with 720p+? No way this is low end phone from Xiaomi like i said maybe Redmi 5 (2018) or Prime or something like that with low price.