One of the first Touch Pro2 units are obviously already touching down on the market as online retailers start offering their unlocked versions in the UK. While the price for the early buyer is surely not that tempting but then again, you rarely get to be among the first to get one of those uber devices that HTC makes.

Unfortunately, "uber" here has a lot of meanings and one of them surely pertains to the size of the thing. The HTC Touch Pro2 can simply be described as huge. It's definitely as large as the iPhone but almost twice the thicker.

But as we've said before - while big may be the correct word to describe the HTC Touch Pro2, ugly is definitely not. The new design of the Pro sequel has nothing to do with its predecessor, but is definitely eye-catchy. 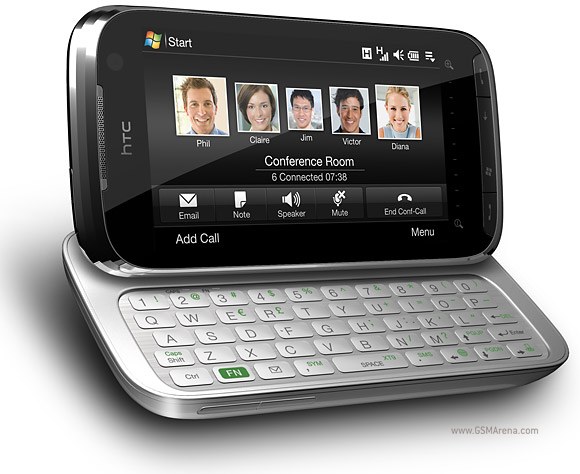 So if you are interested in being the early bird and you want to get an unlocked HTC Touch Pro2, now is your chance. Yours for the taking for "only" 510 GBP (580 euro or 810 US dollars).

Just remember that June will welcome a lot of high-end devices into the summer mix and mobile stores will be absolutely hot with top-notch phones. So patience might as well be the winning strategy here.

thats why they also have the touch hd...step yo game and stop complainin'

we just need a phone that can talk and hear, anything else we do it on computer.