Samsung is apparently going to unveil a couple of new 7-inch tablets soon. One will be sold as the Galaxy Tab A, while the other will bear Galaxy Tab E branding. The latter device has been leaking a lot lately, with full specs having been outed as well as a round of renders allegedly showing it.

Earlier today prolific leaker Evan Blass, also known as @evleaks, has decided to make things interesting and out a new set of press renders for the 7-inch Tab E. However, accompanying it in the image you can see below is the upcoming 7-inch Galaxy Tab A. 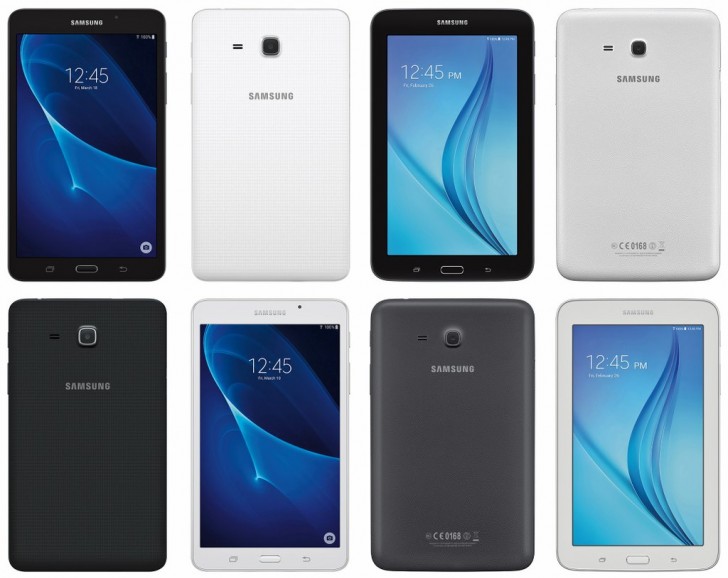 The Tab A is to the left in these shots, while the right side belongs to the Tab E. What's immediately obvious is that the E models have larger side bezels. The backs of the upcoming Tab A and Tab E devices are pretty much interchangeable.

Their specs could be similar too, but that's not certain yet. The Tab E is supposedly coming with a 7-inch 1,280x800 touchscreen, a 1.3 GHz processor, 1.5GB of RAM, and 8GB of built-in storage. It will also get a 4G-capable iteration. It will be headed to the US alongside other markets.

WTF Samsung. This crap is just a waste of time! You're spoiling the market by soiling yourselves.

If you remember the first ever Samsung Galaxy Tab (alongside the first ever Apple iPad), it had amazing specs then and was actually competing side-by-side Apple's tablet. What happened now?! No wonder, phablets are gaining attention.

Funny thing is that phones don't even need that much power. The things one can do to a phone is really basic. Unfortunately the whole things goes with sales. If a segment sells a lot it will get the latest and the greatest even if it hardly matt...