We've been hearing about a smaller device meant to complement the Meizu M1 Note joining the company's portfolio since even before that model was unveiled. But after it was made official, rumors and leaks about a purported M1 Mini have intensified. Meizu is holding an event on January 28, and that's where the M1 Mini will see the light of day.

As that event is now just a couple of days away, Meizu has apparently decided to tease the upcoming phone through one of its execs. Namely, we're talking about Meizu VP Li Nan, who posted the following image on his Weibo account. 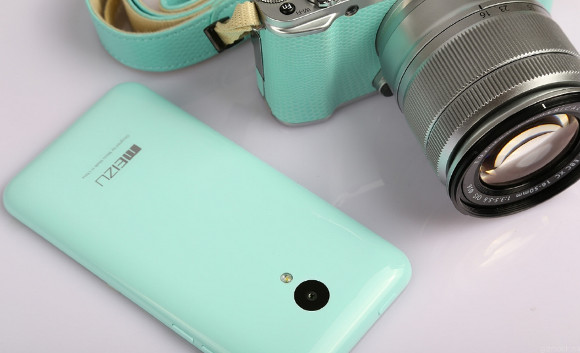 That's clearly the M1 Mini over there, smiling for the camera in an interesting and unusual hue. Meizu is all about going (very) colorful with the M1 series, and the M1 Mini looks like it was inspired by Apple's love of colors for its iPhone 5C.

Interestingly, there's a digital camera next to the phone, and it sports the exact same green hue. That may be nothing, or maybe Meizu is getting ready to sell its own camera. The latter doesn't seem very likely, though.

M1 Note was announced just a month ago with no rumors about it before announcement. You might be saying about MX4 or MX4 Pro. MX4 is available on the market. MX4 Pro is available on Chinese market. Should be available in Europe on next week.