Microsoft Lumia 435 made yet another unscheduled appearance. This time around the already leaked, upcoming budget smartphone passed through the Brazilian counterpart of the FCC called Anatel. 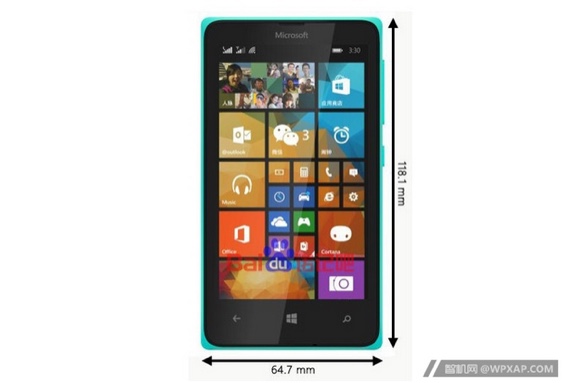 The confidentiality request by Microsoft for the device’s images in the filing is set to expire at the end of this month. This means that the official debut of the Lumia 435 is not far into the future.

Rumored specs of Microsoft Lumia 435 include Qualcomm Snapdragon 200 chipset, 4” WVGA display with 235ppi, and 5MP main camera. The smartphone will slot below the already affordable Microsoft Lumia 535 in the product range of the Redmond giant.

I think I'll give the 435 a go if it makes it to my region.. That's always a bit of an unknown, unfortunately.

Why are people so hostile over a 4'' display I have no idea, it's not like a 6-inch display makes typing any better than on a 5-inch display. I think Microsoft/Nokia makes amazing budget phones that actually feel and function like they'd last mo...