A new Samsung tablet is in the works, folks. This has been revealed because the Samsung SM-T585 has been benchmarked using GFXBench by someone in possession of a prototype. This has thankfully revealed the device's most important specs. 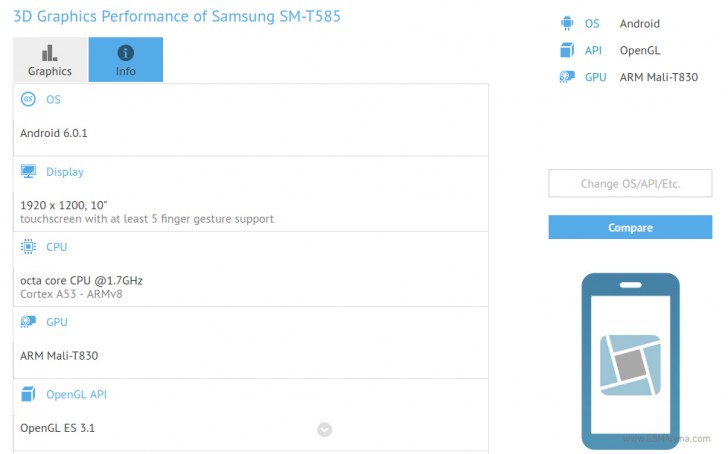 The Exynos 7870 SoC was made official recently, and so far we've only seen it powering one variation of the upcoming Galaxy J7 (2016). Because its model number ends in "5", and given Samsung's past naming conventions, the SM-T585 should be the LTE-capable iteration of the Wi-Fi-only SM-T580. If so, then expect to see support for LTE Cat.6, since that's built into the chipset.

It's still very much unclear what branding Samsung will choose for this tablet. We might be looking at the 10-inch Galaxy Tab 5, or a new Galaxy Tab E or Galaxy Tab A model. Either way, it will run Android 6.0.1 Marshmallow from day one.

this tablet support a pen ?

If it's priced competitively with a decent design and microSD card support I can see it being a mildly attractive option. However, no tablet really looks all that decent compared to the far more productive Windows hybrids that are out there like the ...