While rumors said it would be Mediatek's Helio X25, vivo has now confirmed that its upcoming X7 smartphone will be powered by Qualcomm's Snapdragon 652 chipset instead. The confirmation came in the form of an official teaser that says MSM8976, which is nothing but SD652 SoC. 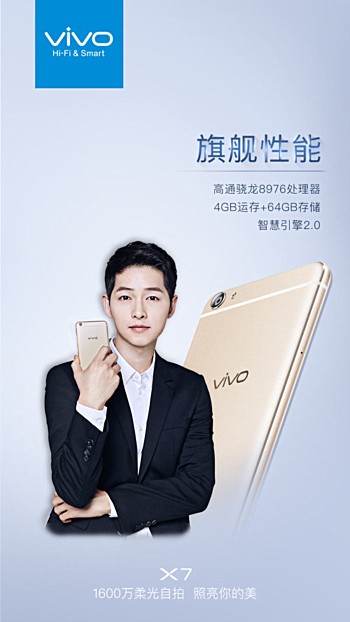 RAM and internal memory have also been officially confirmed (4GB and 64GB), and are inline with the recent rumors. Finally, the teaser also mentions wisdom engine (version 2.0), something which reportedly makes sure that the CPU and memory performance doesn't drop.

In case you missed, previous teasers have already confirmed a front fingerprint sensor as well as 16MP front camera for the X7.

Hahahaa! ROFL... u made my day!! So much suspense for another iPhone clone!!

When Background unnecessary apps runing in phone its take to more memory...each n every chaina phone Throw more n more radiation...its not personally ur fault its ur country fault

Lot of ram doesn't mean also lot of bloatware, and right now people demands phones with lot of ram and lot of processing power, where's ur logic? If the phone available in your country with high SAR value that means that phones has passed with your c...