A yet to be revealed ZTE Q7 passed through TENAA in China with design that strongly resembles that of iPhone 6 Plus. The upcoming mid-range smartphone will almost certainly not make it outside of its home market. 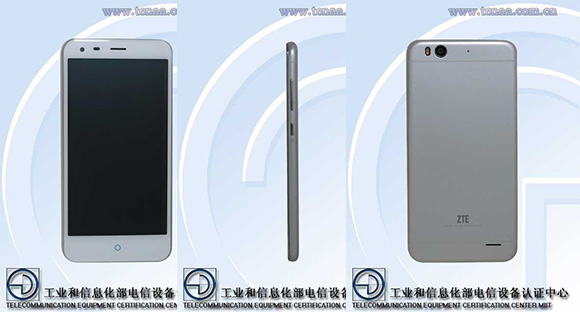 ZTE Q7 features 5.5” 720p display and MediaTek chipset with 1.5GHz octa-core CPU. There’s 2GB of RAM and 16GB of built-in memory that can be further expanded. An 8MP camera with dual-LED flash and Android 4.4.4 complete the highlights of the handset’s specs.

Physical measures of the device, like its design, closely resemble those of iPhone 6 Plus. They are 157×78×7.9mm, while its weight tips the scale at 160 grams.

There is no word on the pricing of the ZTE Q7 just yet. We expect to see the device on the shelves in China in the near future with a significantly lower price tag than the one carried by Cupertino’s phablet.

will it be able to use iphone's 3rd party cases?

Oh this is totally NOT a Apple copy... Why would give you that idea :D In all seriousness, I'm surprised a lot of these companys don't get sued lol